FILMS FOR YOUTH OVER 12

Climate change and environmental stewardship films are becoming more abundant. While few are made specifically for youth, we’ve compiled our favorites for young people over 12.

Films such as A Beautiful Planet and Chasing Ice offer adolescents a vivid window onto the forces that shape the planet. The documentaries An Inconvenient Truth and The 11th Hour are inspirational.

For KIDS under 12, Ice Age: The Meltdown and Happy Feet Two are a great entry point to understand the effects of climate change.

2040 is a hybrid feature documentary that looks to the future, but is vitally important NOW! The 2040 journey began with award-winning director Damon Gameau (That Sugar Film). Motivated by concerns about the planet his 4-year-old daughter would inherit, Damon embarked on a global journey to meet innovators and changemakers in the areas of economics, technology, civil society, agriculture, education and sustainability. Drawing on their expertise, he sought to identify the best solutions, available to us now, that would help improve the health of our planet and the societies that operate within it. From marine permaculture to decentralised renewable energy projects, he discovered that people all over the world are taking matters into their own hands. Read a review from ABC.

An audience and critical favorite, An Inconvenient Truth makes the compelling case that global warming is real, man-made, and its effects will be cataclysmic if we don’t act now. Vice President Al Gore presents a wide array of facts and information in a thoughtful and compelling way: often humorous, frequently emotional, and always fascinating. In the end, An Inconvenient Truth accomplishes what all great films should: it leaves the viewer shaken, involved and inspired.

If you could know the truth about the threat of climate change — would you want to know? Before the Flood, presented by National Geographic, features Leonardo DiCaprio on a journey as a United Nations Messenger of Peace, traveling to five continents and the Arctic to witness climate change firsthand. He goes on expeditions with scientists uncovering the reality of climate change and meets with political leaders fighting against inaction. He also discovers a calculated disinformation campaign orchestrated by powerful special interests working to confuse the public about the urgency of the growing climate crisis. With unprecedented access to thought leaders around the world, DiCaprio searches for hope in a rising tide of catastrophic news.

In the spring of 2005, acclaimed environmental photographer James Balog headed to the Arctic on a tricky assignment for National Geographic: to capture images to help tell the story of the Earth’s changing climate. Even with a scientific upbringing, Balog had been a skeptic about climate change. But that first trip north opened his eyes to the biggest story in human history and sparked a challenge within him that would put his career and his very well-being at risk. Chasing Ice is the story of one man’s mission to change the tide of history by gathering undeniable evidence of our changing planet. Within months of that first trip to Iceland, the photographer conceived the boldest expedition of his life: The Extreme Ice Survey. With a band of young adventurers in tow, Balog began deploying revolutionary time-lapse cameras across the brutal Arctic to capture a multi-year record of the world’s changing glaciers. It takes years for Balog to see the fruits of his labor. His hauntingly beautiful videos compress years into seconds and capture ancient mountains of ice in motion as they disappear at a breathtaking rate. Chasing Ice depicts a photographer trying to deliver evidence and hope to our carbon-powered planet. 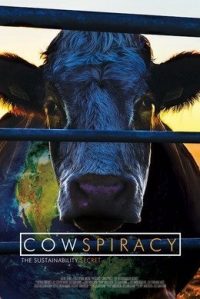 Cowspiracy: The Sustainability Secret is a groundbreaking feature-length environmental documentary following intrepid filmmaker Kip Andersen as he uncovers the most destructive industry facing the planet today – and investigates why the world’s leading environmental organizations are too afraid to talk about it. Animal agriculture is the leading cause of deforestation, water consumption and pollution, is responsible for more greenhouse gases than the transportation industry, and is a primary driver of rainforest destruction, species extinction, habitat loss, topsoil erosion, ocean “dead zones,” and virtually every other environmental ill. Yet it goes on, almost entirely unchallenged. As eye-opening as Blackfish and as inspiring as An Inconvenient Truth, this shocking yet humorous documentary reveals the absolutely devastating environmental impact large-scale factory farming has on our planet, and offers a path to global sustainability for a growing population. 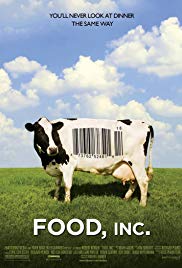 In Food, Inc., filmmaker Robert Kenner lifts the veil on our nation’s food industry, exposing the highly mechanized underbelly that has been hidden from the American consumer with the consent of our government’s regulatory agencies, USDA and FDA. Our nation’s food supply is now controlled by a handful of corporations that often put profit ahead of consumer health, the livelihood of the American farmer, the safety of workers and our own environment. We have bigger-breasted chickens, the perfect pork chop, herbicide-resistant soybean seeds, even tomatoes that won’t go bad, but we also have new strains of E. coli—the harmful bacteria that causes illness for an estimated 73,000 Americans annually. We are riddled with widespread obesity, particularly among children, and an epidemic level of diabetes among adults. Featuring interviews with such experts as Eric Schlosser (Fast Food Nation), Michael Pollan (The Omnivore’s Dilemma) along with forward thinking social entrepreneurs like Stonyfield’s Gary Hirshberg and Polyface Farms’ Joel Salatin, Food, Inc. reveals surprising—and often shocking truths—about what we eat, how it’s produced, who we have become as a nation and where we are going from here. 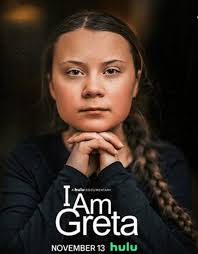 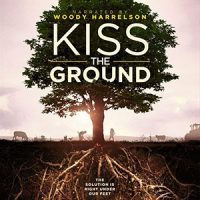 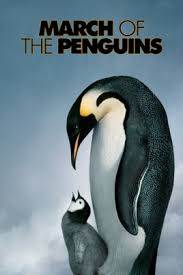 In the Antarctic, every March since the beginning of time, the quest begins for penguins to find the perfect mate and start a family. This courtship will begin with a long journey — a journey that will take them hundreds of miles across the continent by foot, in freezing cold temperatures, in brittle, icy winds and through deep, treacherous waters. They will risk starvation and attack by dangerous predators, under the harshest conditions on earth, all to find true love. Narrated by Morgan Freeman, this Oscar-winning documentary was a box-office hit, outgrossing that same year’s “Best Picture” nominees.

Author Colin Beavan and his family were a perfect example of SUV driving, fast food eating New Yorkers who would assuage their guilt with the rest of us at the mall for some good old American retail therapy. Then Colin turned things upside down — he came home and announced that for his next book he would become No Impact Man. For starters that would mean no trash, no electricity, no cars, no toilet paper, no TV, and no buying anything new for an entire year. The hitch was that he wanted his wife and their two-year-old daughter Isabella to join him for this year-long experiment. No Impact Man presents an intimate emotional portrait of a couple struggling through a severe and protracted change in their way of life. The filmmakers document what happens to a couple’s emotional life when they alter their entire lifestyle over the course of a year. How do they cope with the constant stress and intermittent crises of such a rigorous way of living? Or, perhaps, when life is pared down, do some things become unexpectedly better and even easier? 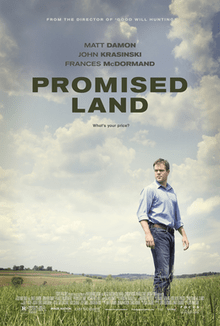 In Promised Land, Matt Damon stars as Steve Butler, a corporate salesman whose journey from farm boy to big-time player takes an unexpected detour when he lands in a small town, where he grapples with a surprising array of both open hearts and closed doors. Steve has been dispatched to the rural town of McKinley with his sales partner, Sue Thomason (Frances McDormand). The town has been hit hard by the economic decline of recent years, and the two consummate sales executives see McKinley’s citizens as likely to accept their company’s offer — for drilling rights to their properties — as much-needed relief. When a slick environmental activist, arrives, suddenly the stakes, both personal and professional, rise to the boiling point. 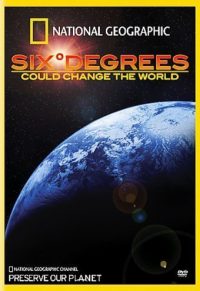 This thought-provoking film tackles in startling detail the alarming changes that may face us all. As the volume of greenhouse gases increases yearly, scientists are warning that the global average temperature could increase by as much as 6 degrees Celsius over the next century, which would cause our world to change radically. This documentary joins British author Mark Lynas and climate experts as they take a look at what effect each rise of 1ºC could have on the world. If we do nothing to reduce this threat, where will the tipping point be that may mean we are no longer able to stop global warming? 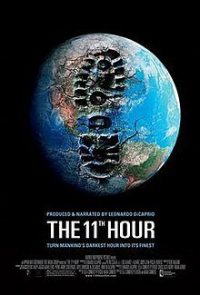 The 11th Hour is a 2007 documentary film, made, handled and depicted by Leonardo Dicaprio, on the state of the earth. “The 11th Hour” is the last moment when change is possible. The film explores how we’ve arrived at this moment — how we live, how we impact the earth’s ecosystems, and what we can do to change our course.  Featuring ongoing dialogues of experts from all over the world, including former Soviet Prime Minister Mikhail Gorbachev, renowned scientist Stephen Hawking, former head of the CIA R. James Woolsey and sustainable design experts William McDonough and Bruce Mau in addition to over 50 leading scientists, thinkers and leaders who discuss the most important issues that face our planet and people.

What if confronting the climate crisis is the best chance we’ll ever get to build a better world? Filmed over 211 shoot days in nine countries and five continents over four years, This Changes Everything is an epic attempt to re-imagine the vast challenge of climate change. Directed by Avi Lewis, and inspired by Naomi Klein’s international non-fiction bestseller This Changes Everything, the film presents seven powerful portraits of communities on the front lines, from Montana’s Powder River Basin to the Alberta Tar Sands, from the coast of South India to Beijing and beyond. Interwoven with these stories of struggle is Klein’s narration, connecting the carbon in the air with the economic system that put it there. Throughout the film, Klein builds to her most controversial and exciting idea: that we can seize the existential crisis of climate change to transform our failed economic system into something radically better.

An extraordinary journey to the top of the world, the documentary adventure To the Arctic reveals a compelling tale of survival. Captivating and intimate IMAX footage brings moviegoers up-close and personal with a polar bear family’s struggle in a frigid environment of melting ice, immense glaciers, spectacular waterfalls and majestic snow-bound peaks. Narrated by Oscar winner Meryl Streep, the film takes audiences into the lives of a mother polar bear and her twin seven-month-old cubs as never before captured on film, as they navigate the changing Arctic wilderness they call home.

WRITE TO US
Please send us your thoughts on climate change and what you plan to do about it!
Go to Top