Widespread use of plastics outside of the military did not occur until after World War II. The ensuing rapid growth in plastics production is extraordinary, surpassing most other man-made materials. Its largest market is packaging, an application whose growth was accelerated by a global shift from reusable to single-use containers. As a result, the share of plastics in municipal solid waste (by mass) increased from less than 1% in 1960 to, and according to the EPA, more than 13% by 2015.

The problem with plastic is that it never fully decomposes, and as it degrades, it emits greenhouse gases. These microplastics disrupt the food chain and kill oceanlife.

Ocean pollution also comes in through a number of additional outlets such as sewage, industrial and agricultural runoff, garbage dumping, and chemical spills. Pesticide and fertilizer runoff are creating huge dead zones — oxygen-depleted areas where many marine species struggle to survive. The world’s largest dead zone, located in the Gulf of Mexico, is roughly the size of Connecticut.

‘More Blue’: An Artwork Shows the Sea Changing During Lockdown

By Nina Siegal    Photo: Territorial Agency
A data-driven media installation, created to reflect marine conditions around the world, has altered with the slowing human activity.

By Damian Carrington    Photo: Louisa Gouliamaki/AFP via Getty Images
The abundance of microplastic pollution in the oceans is likely to have been vastly underestimated, according to research that suggests there are at least double…

By Julie Dermansky    Photo by Julie Dermansky
Wilson described the occasion as “day one of the zero discharge settlement.” As of that date, Formosa could be fined up to $15,000 a day…

Scientists struggle to save seagrass from coastal pollution

Efforts to clean up U.S. waterways are helping bring back seagrass beds.

Where plastic outnumbers fish by seven to one

Plastic is building up in the areas of the ocean where fish feed and grow, according to research.

Baby fish feast on microplastics, and then get eaten

Fish larvae off the coast of Hawaii are mistaking tiny pieces of plastic for prey, an alarming finding with big implications for the oceanic food…

By Kathleen Toner
Afroz Shah, a lawyer in Mumbai, hasn’t had a weekend off in four years. But he hasn’t spent this time writing briefs or preparing for…

These algae tiles scrub toxins and pollution out of wastewater

Thanks to algae’s natural talent for sucking pollutants and toxins out of water, the tiles offer a passive, accessible way to clean wastewater. …

The attention on microplastic pollution is welcomed. But scientists can do better.

In the past few years, microplastics— small pieces of plastic up to 5 millimeters in size—have been getting a lot of attention, but not all…

Dead Baby Turtle Found With 104 Pieces of Plastic in Stomach

We’re here to clean the ocean and coastlines while working to stop the inflow of plastic by changing consumption habits.

Parley for the Oceans

Parley for the Oceans addresses major threats towards our oceans, the most important ecosystem of our planet. We believe the power for change lies in the hands of the consumer – given we all have a…

The Ocean Cleanup’s mission is to develop advanced technologies to rid the world’s oceans of plastic. A full-scale deployment of our systems is estimated to clean up 50 % of the Great Pacific Garbage Patch…

Plastic Pollution Coalition is a growing global alliance of more than 1,000 organizations, businesses, and thought leaders in 60 countries working toward a world free of plastic pollution and its toxic impact on humans, animals,…
Load more

Plastic Ocean: How a Sea Captain’s Chance Discovery Launched a Determined Quest to Save the Oceans (2012)

Federal ‘Save Our Seas’ bill spurs debate over plastics recycling

By Katie Pyzyk E.A. Crunden    Photo: Brian Yurasits on Unsplash  10/2/19
A multi-pronged piece of federal legislation known as the “Save Our Seas 2.0 Act” (collectively S.1982) recently made multiple advancements, despite recent opposition. Two bills (S.2260 and S.2372) were passed in their respective U.S. Senate…

For more than a century farmers in California’s Central Valley have been pumping water out of the ground — so much so that the land is slowly sinking, a process known as subsidence. In less…

US drinking water pollution could cause 100,000 cancer cases

Contaminated drinking water—most of which currently meets legal quality standards—could cause an estimated 100,000 cancer cases in the U.S., according to a new report.The study—which was published today in the journal HeliyonHeliyon and looked at…

Marine plastic pollution hides a neurological toxin in our food

In the mid-1950s, domesticated cats in Minamata, Japan mysteriously began to convulse and fall into the bay. The people of Minamata took on similar symptoms shortly after, losing their ability to speak, move, and think….

Cleaning up the plastic in the ocean

By Sharyn Alfonsi     8/18/19
Discarded plastic is piling up around the world and pooling in the ocean. Sharyn Alfonsi reports on the problem’s deadly consequences for wildlife and what can be done to stop it

Researchers suspect a key source of the microfibers might be clothing fibers washed into the water from household laundry. They are testing other Minnesota lakes to gauge the impact on wildlife….

Pollution prevents spread of invasive fish into the Great Lakes

A new study shows how toxic waters from Chicago may be preventing the expansion of an invasive fish into the Great Lakes….

Freshwater is getting neglected when it comes to plastic pollution research

Plastic pollution in lakes and rivers is on the research back burner—that’s a problem.That’s according to a new study in the journal Water, Air, and Soil Pollution that tallies research on plastics in the oceans…

A teenage boy from Ireland may have found a way to rescue our oceans from plastic pollution….

By Donald Scavia Every year in early summer, scientists at universities, research institutions and federal agencies release forecasts for the formation of “dead zones” and harmful algal blooms in the Gulf of Mexico, the Chesapeake…

Ocean Voyages Institute cleaned up the floating debris from the Great Pacific Garbage Patch, but it probably barely made a dent. It’s estimated that 1.15 to 2.41 million tons of plastic enter the ocean each…

By Olga R. Rodriguez / AP      6/28/19
Until recently we didn’t know how much plastic was piling up around us. When we found out, the picture wasn’t pretty

If there was one upside to the severe drought that plagued California for seven years, it was how the lack of rain and dirty runoff improved beach water quality.

Humans have made 8.3bn tons of plastic since 1950. This is the illustrated story of where it’s gone

By Susie Cagle     6/24/19
Until recently we didn’t know how much plastic was piling up around us. When we found out, the picture wasn’t pretty

How Enough Floating Plastic Could Change the Sea

By Maria Bolevich      6/17/19
Many plastics float, block sunlight, and do not degrade—a recipe for altering the physical properties of the water underneath.

By Simon Denyer     6/16/19
Environment ministers from the Group of 20 on Sunday recognized an urgent need to tackle the marine plastic litter that’s choking the world’s oceans, but failed to agree on concrete measures or targets to phase… 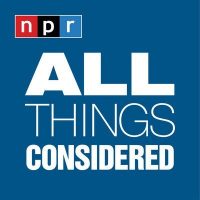 The largest habitat for life on Earth is the deep ocean. It’s home to everything from jellyfish to giant bluefin tuna. But the deep ocean is being invaded by tiny pieces of plastic — plastic…

By Brett Walton When Greg Wetherbee sat in front of the microscope recently, he was looking for fragments of metals or coal, particles that might indicate the source of airborne nitrogen pollution in Rocky Mountain…

Scientists find 414 million pieces of plastic debris on remote islands. That’s even worse than it sounds.

The amount of plastic in the ocean is a lot worse than we thought, study says

Plastic pollution: can the ocean really be cleaned up?

By Joanna Khan     3/21/19
While the ultimate goal is to stop plastics from entering the water in the first place, cleanup projects play an important role

By Joe McCarthy and Erica Sanchez   Photo by Alan Jamieson  2/28/19
Stories of whales, turtles, and seabirds with guts filled with plastic have become increasingly common. Recently, a team of scientists wanted to determine the extent of plastic pollution and its effects on animals by investigating…

Plastic waste in the ocean represents one of the most urgent and fast-growing ecological challenges of our time. Scientists estimate that more than half of the 8 million metric tons of plastic that flows into…

Plastic In The Ocean: Billions Of Microplastic Nanoparticles Found In Scallop Intestines In Just Hours

By Kashmira Gander     12/3/18
Scientists at the University of Plymouth in the U.K. exposed scallops to the nanoplastic carbon-radiolabeled nanopolystyrene in a laboratory setting. After six hours, they found billions of tiny particles had built up throughout their bodies.

A 14-year-long oil spill in the Gulf of Mexico verges on becoming one of the worst in U.S. history

By Darryl Fears   Photo by Oscar Garcia  10/21/18
Since 2004, this oil spill has been going on — secretly— while Taylor Energy battles to keep it that way.

By Josh Gabbatiss     4/7/18
Marine mammal had 29 kilos of plastic in its stomach, blocking its digestive system and leading to its death

The Great Pacific Garbage Patch is the largest accumulation of ocean plastic in the world and is located between Hawaii and California. Scientists of The Ocean Cleanup Foundation have conducted the most extensive analysis ever…

By Doyle Rice     3/22/18
The world’s largest collection of ocean garbage is growing. The Great Pacific Garbage Patch, a collection of plastic, floating trash halfway between Hawaii and California, has grown to more than 600,000 square miles, a study found. That’s twice the…

By Melissa Denchak    Photo Paulo Oliveira  1/22/18
Covering more than 70 percent of our planet, oceans are among the earth’s most valuable natural resources. They govern the weather, clean the air, help feed the world, and provide a living for millions. They…

Produced by Alison Trowsdale, Tom Housden and Becca Meier     12/10/17
Marine life is facing “irreparable damage” from the millions of tonnes of plastic waste which ends up in the oceans each year, the United Nations has warned.

By Joe McCarthy     10/27/17
When Caroline Power ventured into the Cayos Cochinos Marine Reserve off the coast of Honduras, it was as if she had come upon a crime scene.

By NASA   Video by NASA's Scientific Visualization Studio  9/1/15   Publisher:
NASA created a visualization of the ocean garbage patches using data from floating, scientific buoys that NOAA has been distributing in the oceans for the last 35-years.
Load more