Agriculture is vital to the state of Missouri. In 2016, Missouri agriculture, forestry and related industries put nearly 400,000 people to work and contributed more than $88 billion to the economy.

But this critical sector is under threat, in part due to the increase in extreme weather events powered by a warming planet. Data from the state climatologist show that since the 1950s, there’s been an upward trend in the number of downpours when there is at least three inches of rain in one storm. 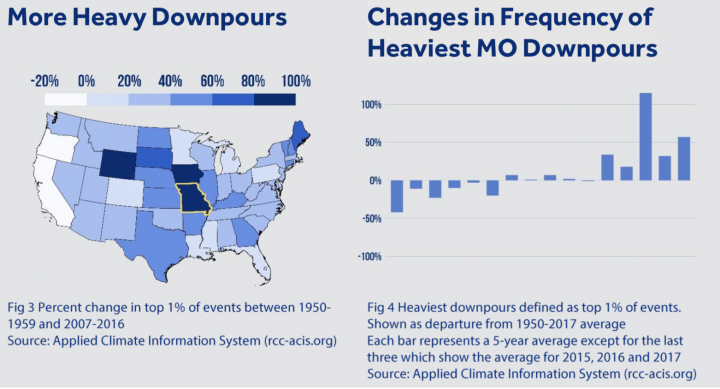 These more frequent heavy rains and subsequent floods, along with increases in extreme heat and drought, contribute to eroding the very foundation agriculture relies upon — the soil.

But through conservation farming practices, Missourians are finding ways to battle erosion and benefit the soil. Many of these practices have an added bonus of sucking carbon dioxide — the gas that’s helping fuel the weather extremes — from the atmosphere and then storing the carbon in the soil.

In our new report, Soil Solutions: Climate-Smart Farming in the Show Me State, we analyze the extent to which use of conservation farming practices — ones that are well known, but not always widely applied — can reduce carbon pollution and yield carbon savings in Missouri. We examine the potential benefits of various individual conservation farming practices for Missouri’s nearly 10 million harvested acres of field crops, and we also look at total potential savings county-by-county if practices were to be adopted statewide. 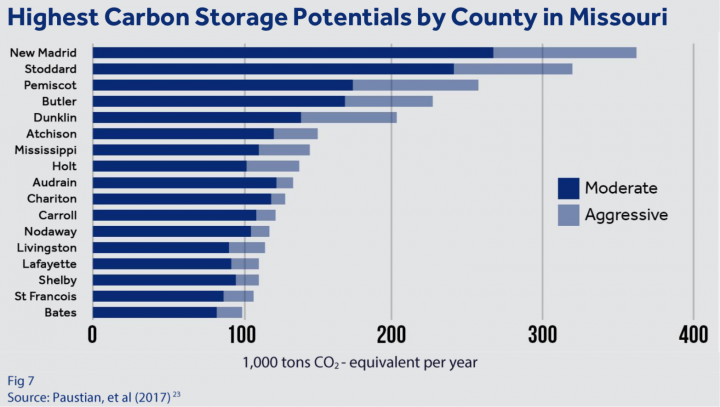 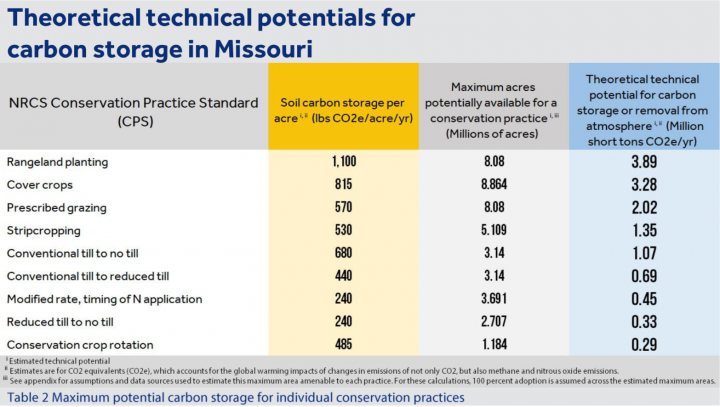 Some farmers and ranchers in Missouri already are putting conservation farming into practice and offsetting emissions. Although agriculture is the fifth largest source of greenhouse gas emissions in the United States, according to the EPA, opportunities exist for the sector to take carbon out of the atmosphere and sequester it in the soil. Missourians are demonstrating that conservations practices are providing a win-win-win outcome — improving soil health, financial health, and the overall health of the planet.

The full report, SOIL SOLUTIONS: Carbon-Smart Farming in the Show Me State, can be read and downloaded here.