“More than a third of the world’s land surface and nearly 75 percent of freshwater resources are now devoted to crop or livestock production,” a United Nations report, released in May, 2019, says.

In the US alone, cropland occupies about one-fifth of U.S. land and most of that is used for livestock feed. An additional one-third is used for pasture. There’s a single, major occupant on all this land: cows. Between cropland — used to produce feed — and pastures, 41 percent of U.S. land in the contiguous states revolves around livestock.

Trees and forests are a powerful force for climate mitigation. As more forests are cleared for agriculture — mainly to grow soy, raise cattle and produce palm oil — greenhouse gas emissions increase as a byproduct of nitrogen fertilizer and methane from cattle and sheep. Additionally, deforestation eliminates trees which are “breathing in” CO2 and “breathing out” moisture. This releases the carbon dioxide stored in forests.

The overwhelming majority of the clearing in the Amazon is to make way for cattle and crops that feed cattle.

Based on a UN Food & Agriculture study (2013) it is estimated that the total annual emissions from animal agriculture (production emissions plus land-use change) were about 14.5 percent of all human emissions, of which beef contributed 41 percent. If global demand for beef, goats & sheep grows by 88 percent between 2010 and 2050 (as it is estimated to do), the resulting deforestation could increase global emissions enough to put the global goal of limiting temperature rise to 1.5-2 degrees C (2.7-3.6 degrees F) out of reach.

Some of the Solutions:

If we improve the way we raise cattle by improving management practices like rotational grazing, productivity and soil health can be boosted while reducing emissions. This means that cattle should be pasture raised, trampling over vegetation and pushing nutrients into the soil. Cow manure then acts as a natural fertilizer reducing the need for unsustainable tilling practices and dangerous synthetic fertilizers.

If we eat ½ the amount of burgers we are currently consuming it would nearly eliminate the need for additional agricultural expansion (and associated deforestation), even in a world with 10 billion people.

39% of Americans say they want to eat more plant-based foods. Dozens of organizations across the globe have joined Cool Food pledging to make that possible in their facilities. Now serving 800+ million meals annually, hotels, restaurants, hospitals and company cafeterias are offering consumers more of what they want while slashing food-related greenhouse gas emissions by 25 percent by 2030.

By Jim Morrison     Photo: Adam Glanzman
Farmers and utilities are burning methane for energy — and curtailing a powerful greenhouse gas in the process

By Meg Wilcox    Photo: Manning Dairy
In April, Vermont dairy farmer Rebecca Howrigan watched the price for milk plummet 30 percent as the shutdown in markets for restaurants and institutions created…

Are Dairy Digesters the Renewable Energy Answer or a ‘False Solution’ to Climate Change?

By Gosia Wozniacka
This article is published in partnership with Covering Climate Now, a global journalism collaboration strengthening coverage of the climate story. At first, California dairy farmer…

Photo by Matt Zimmerman
Meat production is a leading cause of climate change, water waste, and deforestation. Why is everyone overlooking this again?

By Lee Breslouer
This is why it’s important to minimize the amount of meat you’re eating if you care at all about slowing climate change. …

By Damian Carrington    Photo: Bloomberg/Getty
Levy would help offset impact of farming by raising price of steak in UK by 25%, says report

Can an Industrial-Scale Meat Company Be Carbon Neutral?

A growing number of scientists concur: The climate crisis cannot be effectively addressed without a major reduction in global meat consumption. That may be why…

Turning cow waste into clean power on a national scale

After repeatedly calling out the unfair labor practices and inhumane conditions rife in contract poultry farming, Mike Weaver left behind a 15-year career as a…

By Danielle Wiener-Bronner
Milk is falling out of fashion. In 2010, 55 billion pounds of milk were sold in the United States. By 2018, that figure dropped to…

Meatless Meat Is Everywhere. But How Good Is It For Us And The Planet?

As Impossible Foods and Beyond Meat secure deals with fast-food outlets, we look at how these plant-based burgers stack up for climate and health. …

Jonathan Safran Foer: If You Care About Climate Change, Cut Out Meat

In “We Are the Weather: Saving the Planet Begins at Breakfast,” the author argues that individual actions matter when it comes to the environment. …

How many animals could continue living if you switched to vegetarian diet? How does the environment benefit?

Beef2Live – Ranking of States With The Most Cattle

To promote the plant-based foods industry by removing obstacles to a fair and competitive marketplace for alternatives to animal ingredients and products.

We work with scientists, investors, and entrepreneurs to make groundbreaking good food a reality. We focus on clean meat and plant-based alternatives to animal products—foods that are more delicious, safer to eat, and better for…

Sustainable Conservation helps California thrive by uniting people to solve the toughest challenges facing our land, air, and water. We bring together business, landowners and government to steward the resources that we all depend on…
Load more

Can regenerative agriculture reverse climate change? Big Food is banking on it.

By Gosia Wozniacka   Photo: Doug Chayka for NBC News / Getty Images  10/29/19
Regenerative agriculture works to draw carbon out of the atmosphere and into the soil, but there’s an ongoing debate on how much carbon can be stored there and for how long.

Will Climate Change Mean Less Farming in the West?

By Twilight Greenaway     9/16/19
Colorado and California are rethinking water management for a hotter, drier future, while balancing urban water needs with the benefits agriculture brings to rural communities. 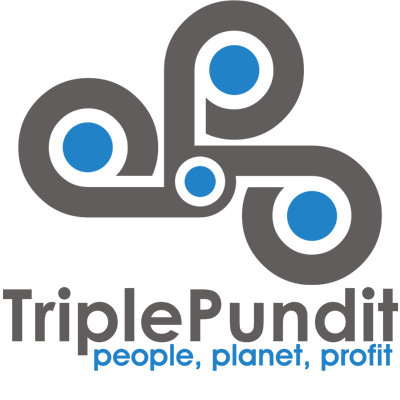 By Roya Sabri     8/22/19
We can look to Stonyfield Organic as an example of a corporation that has taken sustainability seriously from its inception. The company’s newest initiative focuses even more on agriculture.

Move Over, Fake Meat-Cow Less Milk and Cheese Are On the Way

By Anne Gaviol   Photo: Robert Alexander/Getty Images  8/20/19
North American ranchers and lobbyists are pushing back against a United Nations’ report pointing the finger at the global North’s huge appetite for meat and dairy for fueling climate change. But science shows that raising…

Meat Taxes May Be Coming to Save the Planet

By Sophie Hirsh   Photo: Istock  8/19/19
A recent UN report declared that humans’ consumption of meat and animal byproducts is having a significant negative impact on the Earth’s land, which is a critical resource for global food security. One possible solution…

By Meredith Lawrence   Photo: Can Turkyilmaz  8/19/19
Eat less meat: the refrain has run through many recent articles and reports about climate change and the urgent need to take care of the world and manage its natural resources. And the most recent…

By Brian Kateman     8/19/19
A decade ago (even more recently in some places), coffee shops had, at most, one non-dairy milk alternative, and it was usually soy. Other alternatives existed, but if you wanted them, you probably had to…

One-quarter of world’s tropical land could disappear at the end of the century if global consumption of meat and dairy isn’t curbed, resulting in the widespread…

‘Struggling to tread water: Dairy farmers are caught in an economic system with no winning formula

By Rick Barrett     8/13/19
One by one, Emily and Brandi Harris removed the leather collars from their Jersey dairy cows as the final round of milking on their farm wound down.

Is Grass-Fed Beef Really Better For The Planet? Here’s The Science

By Nancy Matsumoto   Photo: John Greim/LightRocket via Getty Images  8/13/19
For the environmentally minded carnivore, meat poses a culinary conundrum. Producing it requires a great deal of land and water resources, and ruminants such as cows and sheep are responsible for half of all greenhouse…

By Maureen Hanson     8/12/19
What will the U.S. dairy industry look like 50 years from now? Not much like today, according to international dairy consultant and researcher Jack Britt.

Going Vegan Has Half Climate Change Impact of One Transatlantic Flight

By Nanalyze Staff     8/1/19
Disruption is one of those words in the tech world lexicon that is used as both a noun and verb. It’s also perhaps one of the most overused. It should be used to denote a…

What’s Meat Got to Do With It?

By Jonah Engel Bromwich and Sanam Yar   Illustration by Tala Safie/The New York Times  7/25/19
In case you haven’t heard, they’re making meat out of plants. Burgers out of soy and coconut. Fried chicken out of jackfruit. Steaks out of “cooked wheat gluten.”

Is it possible to raise a carbon-neutral cow?

By Adele Peters   Photo: Maja Saphir for Fast Company  7/24/19
In the rolling hills along a rural stretch of the California coastline south of San Francisco, researchers plunged small probes into the soil last year, took samples, and sent them to a lab to measure…

By Nicole Rasul     6/19/19
The plant-based burger company called regenerative grazing the “clean coal of meat” in a recent report. That hasn’t gone over well amongst carbon ranchers.

By Jennifer Molidor One million species are at risk of extinction from human activity, warns a recent study by scientists with the United Nations. We need to cut greenhouse gas pollution across all sectors to…

By Christopher Flavelle   Photo: Anastasia Samoylova for Bloomberg Businessweek   4/24/19
As the planet warms up, a researcher in Florida is exploring the limits of agricultural adaptation.

Fighting Global Warming Requires Changes In How Cows Are Fed

By Dan Charles     3/13/19
Stopping climate change won’t just mean a halt to burning coal and gasoline. It will mean an end to cutting forests and mining the soil to grow more food. Fortunately, it is possible.

Mongolia, Cheese,and the Future of Dairy in the Era of Climate Change