Never before have local actions been so critical. Governors, mayors, and town boards have initiated and expanded their commitments to climate action even as the U.S. federal government has stepped away from international climate leadership and rolled back more than 95 Obama-era climate policies, ambitions and regulations. There is a fascinating US interactive map, populated in real time, showing a geographical overview of financial incentives and regulatory policies, state-by-state, that promote renewable energy and energy efficiency here.

States, Districts, and Territories are taking the initiative to switch over to renewable energy sources.

By May 2019, (following Washington D.C. in January; New Mexico in March; Nevada and Puerto Rico in April) Washington became the 5th state to pass a 100% clean energy target. By the third week of June, New York’s Senate & Assembly both passed the Climate Leadership and Community Protection Act. Signed by Governor Cuomo on July 18, 2019, it is the most comprehensive and aggressive climate change legislation in the nation.

Gov. Janet Mills addressed the UN on September 23, 2019, and pledged that Maine will go carbon neutral by 2045; Colorado signed legislation which reduces 2030 greenhouse gas emissions by at least 50%; Nevada signed legislation to move to 50% renewable by 2030, and several more states, including New Jersey and Massachusetts, adopted plans to achieve 100% clean energy by 2050, with Washington  delivering legislation mandating 100% clean electricity by 2045.

Powered by 100% Renewable Energy: These communities have fully transitioned to 100% clean, renewable energy sources to power the community’s electricity needs.

Committed to 100% Renewable Energy: These communities have made community-wide commitments to transition to 100% clean, renewable energy no later than 2050.

By Kyle Bagenstose
During the Cold War, John Lehman served as Secretary of the Navy under President Ronald Reagan. Later, he was appointed a Republican member of the 9/11 commission.

By Zak Budryk
For the Environmental Performance Index (EPI), researchers traced countries’ progress toward net-zero emissions, a goal nearly every nation has established. From 2010 to 2019, the U.S. ranked 20th out of 22 western democracies and 43rd…

By Julia Conley
Pro-democracy campaigners in West Virginia and Arizona on Monday risked arrest at sit-ins in downtown Charleston and Tucson, demanding that Democratic Sens. Joe Manchin and Kyrsten Sinema end obstruction of their party's agenda and allow…

What losing Build Back Better means for climate change

By Lauren Sommer Photo: Justin Sullivan , Getty Images
With billions of dollars for clean energy, the Build Back Better legislation has the potential to substantially and rapidly cut heat-trapping emissions in the U.S. But Sen. Joe Manchin, D-W.Va., rejected the bill on Sunday,…

By Sylvan Lane Photo: Greg Nash
Environmentalists are pressing President Biden to factor in the Federal Reserve’s record on climate change under Jerome Powell when he decides whether to renominate the central bank’s chairman for a second term.

Many changes are going to come about because politicians fight to control global warming through laws and regulations. Some of them are worthy of our praise and support. These governors have joined the US Climate Alliance and have pledged to uphold the goals of the Paris Climate Agreement within their respective state.

05/15/20
In light of the unprecedented need for governors and agencies to respond to the impacts of the COVID-19 pandemic, the Transportation and Climate Initiative jurisdictions have shared an adjusted timeline for developing a regional clean…

09/24/19
Democratic state lawmakers passed a wave of bills this year they hope will reduce greenhouse gas emissions and combat climate change, even as the Trump administration moves in the opposite direction.

The United States Conference of Mayors

07/02/19
The United States Conference of Mayors is the official non-partisan organization of cities with a population of 30,000 or larger. Each city is represented by its chief elected official, the mayor. View their 2019 Adopted…

05/28/19
Co-chaired by Maros Sefcovic and Michael Bloomberg, The Global Covenant of Mayors serves cities and local governments by mobilizing and supporting ambitious, measurable, planned climate and energy action in their communities by working with city/regional…

04/05/19
The United States Climate Alliance is a bipartisan coalition of governors committed to reducing greenhouse gas emissions consistent with the goals of the Paris Agreement. Smart, coordinated state action can ensure that the United States… 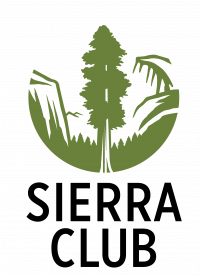 We Are Still In

01/31/19
Already in 2017, former New York Mayor Michael Bloomberg formed the “We Are Still In” coalition, which now includes some 3,500 leaders across the country who have pledged action on climate change that would, if…

01/19/19
Citizens’ Climate Lobby is a non-profit, non-partisan, grassroots advocacy organization focused on national policies to address climate change. By building upon shared values rather than partisan divides, and empowering our supporters to work in keeping…

Delivering on the green wave in 2019

By Meredith Connolly   11/16/18
Wow! We just witnessed a green wave last week, with Oregon voters delivering major victories for the climate up and down the ballot on Election Day. I am so excited about what the election results…

By John Murawski and Will Doran   10/29/18
North Carolina Gov. Roy Cooper prefaced his announcement by saying that powerful hurricanes and other consequences of climate change are forcing government to take action on climate.

Will One State Go It Alone to Make Polluters Pay?

Washington state has a ballot to approve a carbon tax. Revenues would go to clean air, water, energy, and communities

By David Roberts   10/26/18
Lots of controversy. The fee would be charged to large carbon emitters and fossil fuel sellers based on the carbon content of the fuels sold or used in the state. The costs would come back…

By Brady Dennis and Michael Laris   10/26/18
California officials on Friday plan to submit a 400-page repudiation of the Trump administration’s proposal to freeze fuel-efficiency standards for the nation’s cars and trucks through 2026, calling it a deeply flawed, disingenuous effort that…

By John Lippert   10/24/18
Trump plan won’t save lives, attorney general tells reporters. State will join 18 others in opposition to plan in filing.

The Senate Race That Climate Change Could Tip

By Megan Hart   10/23/18
Voter interest in environmental issues is exceptionally high this year, according to Jonathan Webber, the deputy director of Florida Conservation Voters, a non-partisan organization that supports candidates who will advocate for the environment. “I’ve never…

The Energy 202: California and the Trump administration rarely agree on energy policy. Here’s an exception.

By Dino Grandoni   10/22/18
Under President Trump, the federal government and the nation’s most populous state have clashed on a number of fronts when it comes to energy and environmental policy. But there’s at least one thing California and…

Jerry Brown Made Climate Change His Issue. Now, He’s Not Sure How Much Politicians Can Do.

By Somini Sengupta   09/18/18
The California governor, set to retire in January, made global warming a signature cause. His appraisal: “I don’t know if I’m an optimist. I’m a realist.”

By Alexander C. Kaufman   09/01/18
The New York governor’s primary challenger, Cynthia Nixon, has emboldened activists frustrated by his ties to the fossil fuel industry and refusal to back serious climate legislation.

Jerry Brown vs. the Climate Wreckers: Is He Doing Enough?

By Mark Hertsgaard   08/28/18
The California governor has led the nation in reducing emissions, but activists say he won’t take the next step: leaving fossil fuels in the ground.

By Liam Dillon   08/28/18
California would set some of the nation’s strongest clean energy goals if legislation that cleared a key vote in the Assembly on Tuesday, bringing the state a step closer to ending its reliance on fossil…

By Josefa Velasquez and Alex Kotch   04/27/18
As New York Gov. Andrew Cuomo seeks to bolster his environmental platform amid a contentious primary race, campaign finance records show that the Democratic governor has taken in more than $100,000 from the oil and…

City building a 4.5-mile wall of dunes, with 7,000 sand bags, to protect Rockaway

By Phillip Moyer   03/12/19
The United States may have pulled out of the Paris Climate Agreement, which seeks to reduce greenhouse gas emissions across the world, but that many individual states have decided to follow the agreement's goals anyway.On…

By Alex Reice  Photo by CELIA HACK / HERALD   03/12/19
Promises of a Green New Deal at the national level trickled down to the Ocean State Thursday, when politicians and community activists alike gathered in the Rhode Island State House to announce plans to research…

By David R Baker  Photo by David Paul Morris/Bloomberg   03/12/19
What happens when a famously left-leaning city dives into the buttoned-down business of electric utilities? San Francisco may soon find out. City officials are studying the possibility of creating their own utility out of the…

Idaho lawmakers hold 1st climate change hearing — and no one argued about its existence, causes

By Rocky Barker  Photo by David Paul Morris/Bloomberg   03/11/19
Idaho lawmakers had their first official hearing about climate change — and no one argued about its existence or causes. The House Environment, Energy and Technology committee hearing on Wednesday, carefully scripted through negotiations between…

By Chris Lisinski  Photo by ELISE AMENDOLA/ASSOCIATED PRESS/FILE 2016   02/24/19
House Speaker Robert DeLeo has proposed a sweeping $1 billion environmental grant program that, over the next decade, would fund municipal efforts to build renewable-energy infrastructure and invest in climate resiliency programs.

By Dino Grandoni  Photo by AP Photo/Don Ryan   02/22/19
Fresh off of expanding their legislative majority in Oregon, Democrats in the state ravaged by wildfires have put forward sweeping climate legislation.The 2018 election not only replaced Republican administrations in swing states like Michigan and…

Colorado: Fracking Reforms Are Coming to the Capitol — and So Is a Climate Bill

By Chase Woodruff  Photo by af_istocker/iStock   02/22/19
Anticipation is mounting at the State Capitol as Democrats prepare to unveil a major package of reforms to Colorado oil and gas law — but as contentious as that fight will undoubtedly be, it might…

By Ban Ki-moon and Francis Suarez  Photo by Kevin Hagen for The New York Times   02/20/19
Climate change is not a distant threat for Miami; it’s a daily presence in people’s lives. The city has been fighting to stay above water for decades. It knows that its future as a vibrant…

By Jason Plautz   08/09/19
Durkan has set a goal of making Seattle carbon neutral by 2050, an ambitious plan that has the city looking at all angles to reduce emissions.

By Katie Pyzyk   04/06/18
Seattle Mayor Jenny Durkan, D, has released the Seattle Climate Action Plan, which contains 12 initiatives for helping the city meet its goal of carbon neutrality by 2050.

By Olivia Rosane   10/10/19
Disappointed by the lack of concrete action at September's UN Climate Action Summit, the mayors of some of the world's biggest cities are taking matters into their own hands.

By Timothy Cama  © Getty Images   06/05/17
More than 1,000 governors, mayors, businesses and others are committing to uphold the goals of the Paris climate change agreement.
« Previous 1 2 3