Like coal and oil, natural gas is a fossil fuel. Fossil fuels (which we burn to generate heat and electricity) are non-renewable sources of energy formed in the earth over the past 550 million years, typically from the remains of marine microorganisms and plants. Sealed off from oxygen and put under ever-increasing amounts of heat and pressure, this organic matter undergoes a thermal breakdown process that ultimately converts it to hydrocarbons.

The lightest of these hydrocarbons occur in a gaseous state known collectively as “natural gas,” which in its pure form is a colorless, odorless gas composed primarily of methane.

Natural gas is a growing energy source—generating less carbon dioxide than coal when burned and cheaper than other fossil fuels. More here: climaterealityproject.org

By Shadia Nasralla    Photo by Reuters
The find, which has not been reported, is part of a growing effort by companies, academics and some energy producers to use space-age technology to…

By Nichola Groom    Photo by Brian Woolston
In May 2012, Hanson and Michael Rowe noticed an overpowering smell, like rotten eggs, seeping from an abandoned gas well on their land in Kentucky.…

Air pollution from fracking killed an estimated 20 people in Pennsylvania from 2010-2017: Study

By Kristina Marusic    Photo: Kristina Marusic/EHN
Particulate matter pollution emitted by Pennsylvania’s fracking wells killed about 20 people between 2010 and 2017, according to a soon-to-be-published study.Pennsylvania is the second-largest producer…

The Williams fracked gas pipeline in New York has been stopped!

By Richard Brooks    Photo: Erik McGregor
We did it!  Another pipeline has just been defeated, thanks to people power. After years of campaigning, the New York State Department of Environmental Conversation…

By Clifford Krauss    Photo: Tamir Kalifa for The New York Times
Businesses in the United States, Israel and other countries were planning to invest billions in export terminals. Now, those projects are being canceled or delayed.

Berkeley became first US city to ban natural gas. Here’s what that may mean for the future

Photo by Alamy Stock Photo
Although Berkeley may be pushing the vanguard, the city is hardly alone. Governments across the US and Europe are looking at strategies to phase out…

By Ellen Gray    Photo: NASA's Scientific Visualization Studio
NASA’s new 3-dimensional portrait of methane concentrations shows the world’s second largest contributor to greenhouse warming, the diversity of sources on the ground, and the…

Should Gasoline Come With A Climate Change Warning Label? These Cities Think So.

By Jillian Mock
Proponents hope the simple stickers will make consumers question their own use of fossil fuels. …

How death and disaster followed the shale gas boom in Appalachia

By Hiroko Tabuchi    Photo by Gabriella Demczuk
Oil and gas production may be responsible for a far larger share of the soaring levels of methane, a powerful greenhouse gas, in the earth’s…

By Christopher Helman
Bloom has never generated a profit, despite at least $1.7 billion of invested capital, some of which was raised on the back of false statements.

Natural gas is a vital component of the world’s supply of energy. It is one of the cleanest, safest, and most useful of all energy sources. Despite its importance, however, there are many misconceptions about…

Natural gas is an abundant resource across the United States, and new discoveries and extraction methods have led to a dramatic rise in shale gas development — making America the world’s leading natural gas producer.

What You Need To Know About Energy: Natural Gas

Natural gas provides 29% of our energy and is used to heat about half the homes in the United States. It is also a raw material in a variety of common products, such as paints, fertilizers,…

Where our natural gas comes from
Load more

With mounting evidence of health and environmental impacts, fracking faces opposition from many of the leading Democratic candidates for president. …

Renewable natural gas? Yes, it’s a thing, and now Philly residents can get it

By Catalina Jaramillo     1/27/20
Philadelphia residents have long enjoyed a number of different options when it comes to choosing who supplies the natural gas that runs through the Philadelphia Gas Works pipelines into every house in the city.

By Catherine Traywick , Stephen Cunningham , Naureen S Malik , and Dave Merrill   Photo by Brendan Smialowski  1/24/20
In May, while President Donald Trump toured a new $10 billion plant designed to prepare natural gas for export, he made a vow. Such facilities would be good for the environment, he said, or they…

By Robert Walton   Photo by Alan Stark   1/23/20
Arizona Public Service (APS) on Wednesday announced it would aim to deliver 100% carbon-free energy by 2050, with a near-term target of 45% renewables by 2030. The utility also plans to end all coal-fired generation…

After a Decade of Fracking, Billions of Dollars Lost and a Climate in Crisis

By Sharon Kelly     1/21/20
The new year started amid devastating wildfires, tied to the worst droughts Australia has experienced in hundreds of years, which encircled much of the continent. So far, 29 people have been reported dead.

To Fight Climate Change, One City May Ban Heating Homes With Natural Gas

By Mike Baker   Photo by Ruth Fremson  1/6/20
As a progressive-minded city nestled where the Cascade mountains reach the sea, Bellingham, Wash., has long been looking to scale back its contribution to climate change. In recent years, city leaders have converted the streetlights…

America’s top shale field is becoming increasingly gassy as drilling slows down, undercutting profits for explorers at a time when investors are demanding better returns.

Natural gas production headed for a slow-down in 2020

Pennsylvania, Ohio and West Virginia accounted for one third of the country’s shale gas production in 2019.

The Weekend Wonk: Tony Seba on EVs and Energy Disruption

Ive been waiting for a new presentation by Tony Seba  this one is from October of this year. Seba is such an over-the-top techno-optimist that his presentations in past years have left me charged…

The Department of Environmental Protection estimates the proposed methane regulations approved by the Environmental Quality Board for comment will significantly reduce methane emissions and volatile organic compound emissions….

A Methane Leak, Seen From Space, Proves to Be Far Larger Than Thought

By Hiroko Tabuchi   Photo: Mario Anzuoni/Reuters  12/16/19
The first satellite designed to continuously monitor the planet for methane leaks made a startling discovery last year: A little known gas-well accident at an Ohio fracking site was in fact one of the largest…

By Clifford Krauss   Photo: Keith Srakocic/Associated Press  12/11/19
Chevron’s multibillion-dollar write-down of gas assets is the most recent sign that the gas supply has far outstripped demand.

California Ramps up Fossil Fuel Fight With Ban on Fracking

California Gov. Gavin Newsom imposed new restrictions on oil exploration in his state yesterday by putting a moratorium on hundreds hydraulic fracturing permits until the projects…

By Ivan Penn     11/8/19
Susan Guidry stepped up as a volunteer in New Orleans after Hurricane Katrina, helping clear debris from the streets as part of a group calling itself the Katrina Krewe. She saw firsthand the disaster’s toll,…

It’s a Vast, Invisible Climate Menace. We Made It Visible.

As the Trump administration moves to limit states’ ability to review and potentially block interstate gas pipelines, the Third Circuit gave states a powerful backup option to veto projects in a ruling that pipeline developers…

Curbs on Methane, Potent Greenhouse Gas, to Be Relaxed in U.S.

By Lisa Friedman and Coral Davenport     8/29/19
The Trump administration laid out on Thursday a far-reaching plan to cut back on the regulation of methane emissions, a major contributor to climate change.

By Stephen Leahy     8/15/19
Scientists have measured big increases in the amount of methane, the powerful global warming gas, entering the atmosphere over the last decade. Cows or wetlands have been fingered as possible sources, but new research points…

By Sharon Kelly   Photo by EcoFlight, CC BY 2.0  8/14/19
Climate-changing pollution reached unprecedented levels in 2018. That’s both judged against the last 60 years of modern measurements and against 800,000 years of data culled from ice cores, according to the U.S. government’s State of…

The Leaks That Threaten the Clean Image of Natural Gas

By Rebecca Elliott     8/8/19
U.S. energy companies are scrambling to reduce methane emissions—both unintended and deliberate—that equate to exhaust from 69 million cars a year and contribute to global warming

As Coal Fades in the U.S., Natural Gas Becomes the Climate Battleground

By Brad Plumer     6/26/19
America’s coal-burning power plants are shutting down at a rapid pace, forcing electric utilities to face the next big climate question: Embrace natural gas, or shift aggressively to renewable energy?

By Amy Harder     6/25/19
Plenty of Democrats have supported natural gas as a way to kick coal out of the U.S. energy mix over the past several years, but that’s rapidly changing.

By Mike Lee, Mike Soraghan and Hannah Northey     6/21/19
Explosions and fire tore through a historic refinery on the south side of Philadelphia this morning, shaking houses in the surrounding neighborhoods and sending a fireball into the sky.

By Catherine Morehouse   Photo by Depositphotos  6/17/19
The coal industry continues to tumble in the U.S. as electric power plants turn increasingly to natural gas and renewable energy as their fuels of choice. And that decline might only worsen for coal mining…

By Justin Fox     5/24/19
The famously coal-centric state is in the midst of a gas-drilling boom but seems ambivalent about it. Wouldn’t you be?

By Elliot Fink     5/24/19
If the public is going to have a robust debate about the merits of fracking, both sides need to know what’s being pumped into the ground.

By Iulia Gheorghiu   Photo: Southern Environmental Law Center  5/22/19
New York has been undergoing several decarbonization efforts in the transportation, heating and power sectors. However, while utilities have been encouraged to focus on non-pipeline infrastructure solutions, slowing down the conversion of customers to natural…

By Mihir Zaveri     5/17/19
For more than 100 days in 2015 and 2016, gas leaked out of the Aliso Canyon Natural Gas Storage Facility near Los Angeles — the largest known leak of methane in United States history. More…

Trump promotes natural gas as it gets caught up in U.S.-China trade war

By Dino Grandoni     5/15/19
It is supposed to yet again be Infrastructure Week. President Trump went down to southwest Louisiana to talk up his administration’s effort to open U.S. natural gas to international markets.

Fracking can cause earthquakes tens of kilometers away – new research

By Gillian Foulger      5/8/19
New research has now linked distant earthquakes to fracking, providing evidence that much larger areas surrounding sites may be at risk from drilling operations than previously demonstrated.

By Sharon Kelly     4/12/19
This week, at an industry conference focused on wooing petrochemical producers to West Virginia, officials from the state and federal government made clear their support for continuing fracked shale gas extraction and petrochemical industry development…

By Debra West
Across the suburbs north of New York City, clusters of luxury towers are rising around commuter rail stations, designed to lure young workers seeking easy access to Manhattan. In all, 16,000 apartments and condominiums are…

By Nick Cunningham     3/21/19
Once known as the Steel City, Pittsburgh is shedding its polluted past and embracing a rebirth built on health care, education, and technology. But the region’s surging fracking industry is attracting a $6 billion ethane… 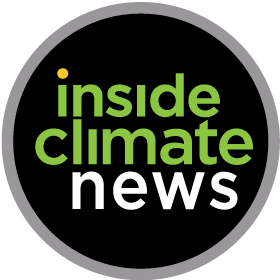 As oil and gas drilling has spread across the United States, scant attention has been paid to air emissions from the waste the boom has created.

By Anna Belle Peevey     11/16/17
A pivotal EPA study published in 2004 provided the scientific rationale for exemptions that helped unleash America’s fracking boom. The science in that study was suppressed to protect industry interests, a 2017 InsideClimate News investigation…

Water Use for Fracking Has Skyrocketed, USGS Data Show

By Christina Nunez     3/25/15
As a concept, hydraulic fracturing has changed very little since the first wells were drilled in the late 1940s. In practice, however, what most people now know as fracking has undergone a transformation.

By Patrick J. Kiger     5/2/14
Tremors induced by wastewater disposal are larger and harder to predict than previously thought.

A Visit With Some Folks in Fracking Land

Last week I led a group of Nicholas School colleagues on an “eco fact-finding” trip to learn about fracking in Pennsylvania.
Load more