Freshwater is getting neglected when it comes to plastic pollution research 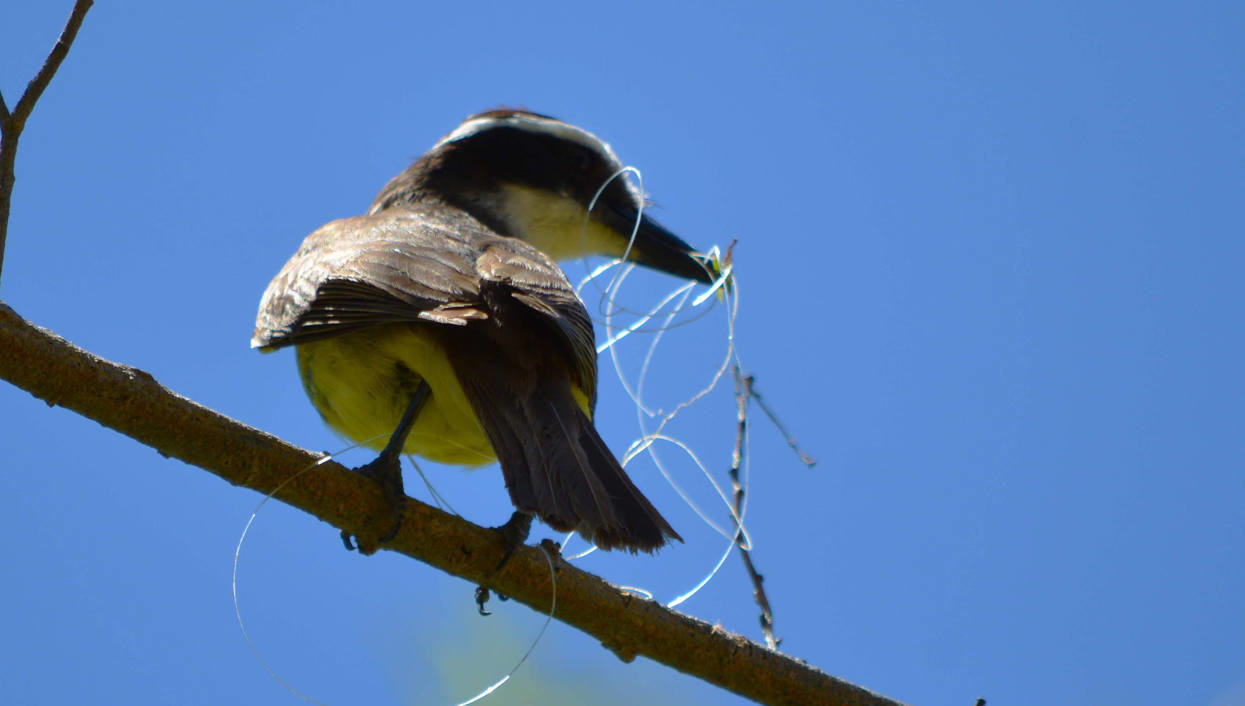 Plastic pollution in lakes and rivers is on the research back burner—that’s a problem.

That’s according to a new study in the journal Water, Air, and Soil Pollution that tallies research on plastics in the oceans and in freshwater. Such studies overwhelmingly look at marine plastic pollution. When studies do look at freshwater plastic pollution, they report on microplastics rather than the larger macroplastics—anything from bottle caps to plastic bags, as long as it’s larger than 2.5 centimeters—that clog lakes, streams and rivers, especially in the developing world.

“Considering the amount of plastics found all over the planet, the lack of decent studies on plastic pollution in freshwater habitats is surprising,” the study’s authors, Karl Matthias Wantzen, UNESCO chair of river culture and a professor at University of Tours in France, and Martin Blettler, a researcher at the National Institute of Limnology, told EHN in an email.

Blettler and Wantzen reviewed 171 studies published on plastic pollution in water. More than 98 percent of articles that reported on animals getting tangled in plastics focused on ocean environments, while less than 2 percent dealt with freshwater species, despite the fact that entanglement is difficult to detect in the oceans but “frequent in the freshwater system nearby large cities,” the study says.

Likewise, no studies covered the use of plastics in nests of freshwater birds, although “the amount of plastic trash ending up in the birds’ nests appears to be increasing in freshwater systems, with dangerous and deadly results,” the study reports.

Studying plastic waste in freshwater is important because, with few exceptions like wind and direct dumping into the ocean, all plastics in the ocean get there by streams and rivers, the researchers said.

“Me and like two or three other people in the world kind of all had the epiphany at the same time that as much as we’ve studied plastic in the world’s oceans there was just nothing out there on plastic in freshwater,” Sherri Mason, a professor of chemistry and the sustainability coordinator at Penn State Behrend, told EHN, referring to 2012 and 2013.

Marine plastic pollution research got a much earlier start in the 1970s, Mason said. Since academic research builds on previous work, the disparity in focus could be a result of how long the fields have been around.

Marine plastic pollution research has also benefited from publicity campaigns. Charles Moore, the ship’s captain who first studied the Great Pacific Garbage Patch, brought the issue to the fore by appearing on talk shows and speaking directly to the public.

“He did some crazy thing that most scientists don’t do,” Mason said of Moore’s publicity campaign. “A lot of scientists, and I include myself in this, we’re kind of socially awkward.”

Non-research groups have taken up the issue as well. Notably, in 2018 National Geographic launched a multi-year campaign to address plastic pollution in the oceans called Plastic of Planet.

“The oceans are the heart of the planetary ecosystem,” Mason said. “But the arteries are all the freshwater.” 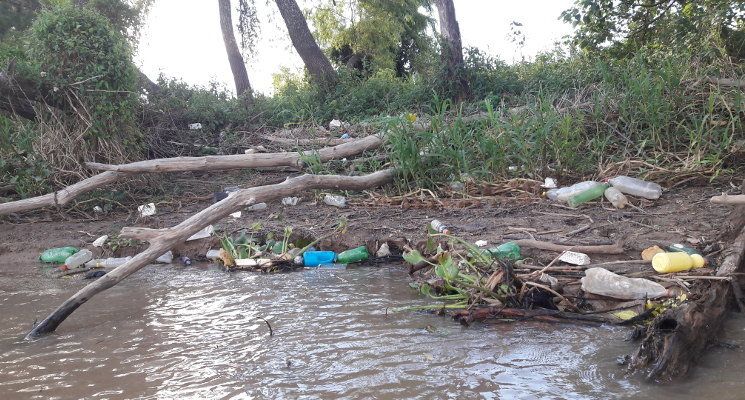 Plastic pollution research, policy and awareness are trending in a beneficial direction in some places.

“Several African countries, for instance have banned plastic bags long before the Europeans did,” Blettler and Wantzen said. They pointed to an agreement to reduce the international trade of plastic waste, initiated by China’s refusal of much of the waste it used to import. While other countries like Bangladesh, Laos, Ethiopia and Senegal have begun to accept more, a much-needed conversation has begun and less plastic waste will move around the world as a result. All of that will help clean up the oceans and freshwater.

Plastic pollution must be addressed on a global level, the authors said, and research is needed to drive the conversation, as it can lead directly to changes in policy around plastics.

“There are some fantastic researchers who are really digging into this issue and publishing like crazy and really helping us understand the impact of plastic in the Great Lakes,” Jennifer Caddick, Vice President for Communications and Engagement with Alliance for the Great Lakes, told EHN. It’s led to positive trends in action and awareness around the Great Lakes, the world’s largest freshwater system.

“That was a great example of how research and really clear data could galvanize public opinion and lead to some specific change,” Caddick said.

It helped that the Great Lakes provide drinking water for 40 million Americans and Canadians. Research has shown plastic in tap water, bottled water and beer bottled in the area.

Ultimately, it will take more than research.

“In the end, we must abolish the concept of waste. All products must be able to be recycled, otherwise they must be forbidden,” Wantzen and Blettler said.

And, the stakes are high, Mason said.