ClimateChangeResources.org is an initiative created by two book-publishing veterans, Lena Tabori and Mike Shatzkin. CCR’s founders are not climate or energy or public policy experts. However, they are experts in finding experts and expertise, recognizing and curating valuable content, and applying a broad general understanding of science, culture, economics, and political reality to a topic that is growing in importance for people every day.

Mike Shatzkin is co-founder of ClimateChangeResources.org, which is dedicated to helping people grow their understanding, and take constructive action, to address our greatest concern. He is the son of scientists and was raised with both a basic understanding of science and a social conscience. Starting in the 1990s, Mike began to grasp the implications of fossil fuel burning and global warming, and shifted some of his attention to growing his awareness and understanding of climate change.

Although not a “scientist”, Mike has developed his own agenda and priorities for what he sees as a literally existential struggle that has begun and will continue for generations. He has personally changed his position on nuclear power (from being worried about its “danger” to seeing it as one of the possible solutions to mankind’s biggest-ever problem) and is a full-throated supporter of the carbon-fee-and-dividend concept championed by Citizens Climate Lobby and Climate Leadership Council.

Mike is a veteran media executive and consultant. He is founder and CEO of The Idea Logical Company and has been a widely-acknowledged thought leader about digital change in the book publishing industry for decades. 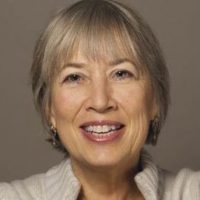 Lena Tabori co-founded ClimateChangeResources.org as she began thinking about climate change and its impact on the lives of her two daughters, her step-son, and their children. Although she is not an expert on climate science, she understands the power of information, having spent her professional life as a publisher, curating and delivering powerful information.

Lena is an award-winning media executive. She is the co-founder and CEO of the book packaging firm Welcome Enterprises, and former head of the publishing imprint Welcome Books. Previously, she co-founded the publishing firm Stewart, Tabori & Chang. She was the first female Vice President at Harry N. Abrams Inc., the venerable publishing company. She also served as President and Publisher of Collins Publishers San Francisco.

In 1983, Lena won an Emmy for executive producing Ziggy’s Gift, an animated television special adapted from Tom Wilson’s comic strip. Many of her books, like Judith Levy’s Grandmother Remembers, have become bestsellers; many others are award winners, including Glorious American Food by Christopher Idone; The Oxford Project by Stephen G. Bloom, photographed by Peter Feldstein; American Farmer, The Heart of Our Country with photographs by Paul Mobley and text by Lena’s daughter Katrina Fried; Love: A Celebration in Art and Literature (STC), which she co-edited with Jane Lahr, and many more. Lena created the Little Big Book series, twenty-seven titles that include The Little Big Book of Christmas and The Little Big Book of Love, selling many millions of copies for Welcome, which Lena ran with her partner, Clark Wakabayashi.

Lena’s vision for Climate Change Resources is simple: inspire everyone to do something towards a solution. She is proof that, with information and a desire to contribute, every person can help find solutions that benefit our planet and our longevity as a species. With this site, she brings her own expertise in publishing to the cause, curating information from experts and great communicators who can explain the science and impact of climate change. Her motto is “Learn more in order to do more.”

Lena sits on numerous boards, including the Executive Board of The Association of Foreign Press Correspondents. She also chairs the East Hampton Town Energy Sustainability Committee.