Fossil Free News is published every two weeks – sign up to get it delivered directly to your inbox.

It would run 1,443 kilometers through the Lake Victoria basin and threaten the climate, wildlife and livelihoods of people across Uganda and Tanzania.

So far, the banks have ignored opposition from local groups in both countries — but a strong public outcry could stop them before Uganda’s government makes the deal. Add your voice by signing the petition now, and check out the video at the end of this newsletter for more on this struggle.

Support Wet’suwet’en: In Canada, actions are escalating over the Coastal GasLink pipeline in northern British Columbia. Days after the blockade of a key ferry during peak transit hours, Indigenous youth occupied the Ministry of Energy and Mining office on unceded Lekwungen Territory, leading to 12 arrests. 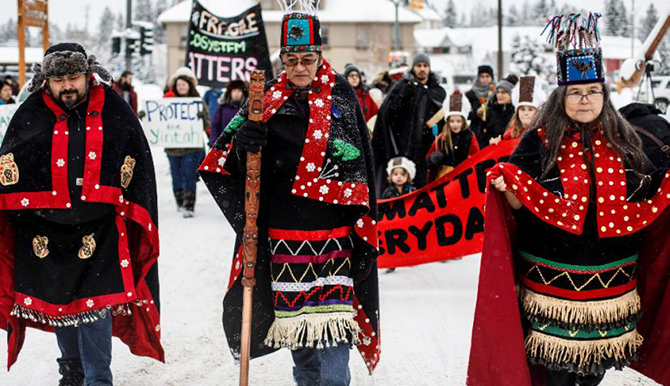 Wet’suwet’en hereditary chiefs have been clear that the pipeline does not have their consent, and would devastate the climate and unceded Indigenous lands. Check out the supporter toolkit for ways to show solidarity with the Wet’suwet’en.

Strike WEF hikers on the road to Davos, in Switzerland. Photo: @AnnemarieBotzki on Twitter

World Economic Failure: In contrast to billionaires flying in on private jets, 1,200 climate activists hiked in to Davos through the cold for this year’s World Economic Forum with demands to end fossil fuel funding. They were just in time to hear Greta Thunberg’s scathing speech to global financial elites.

Turkey’s air: The Ministry of Environment stopped six coal-fired power plants from operating in Turkey, for failing to meet air quality and filtration standards. The stoppage might only be temporary, but the Right to Clean Air Platform will continue its campaign on air quality as part of the ongoing fight against coal. Read more 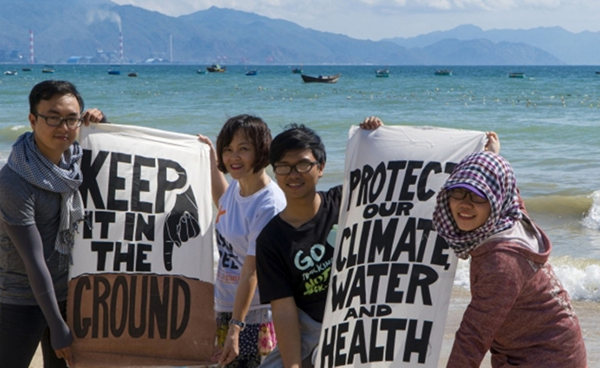 A tenured philosophy professor resigned after his university refused to divest from fossil fuels for the third time. “What it boiled down to, for me, was a matter of conscience,” said Gregory Mikkelson, formerly from McGill University in Montreal, Canada. More 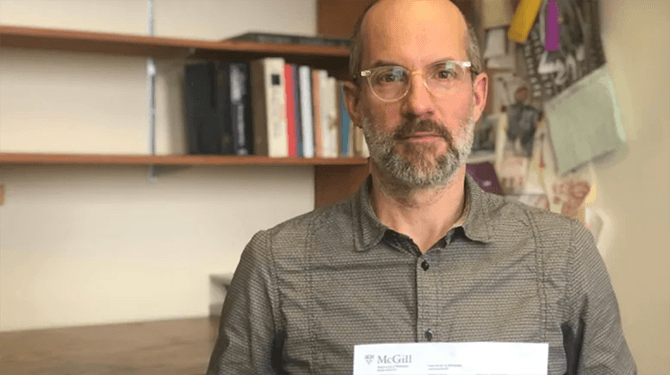 Has your university, bank, or city council divested yet? Check through the commitments list and if not, consider starting your own campaign or joining an existing one. There are plenty of resources to help.

Hear from local opponents to the East Africa Crude Oil Pipeline in Uganda and Tanzania – and then share this video to let Standard Bank and Sumitomo Mitsui Banking Corporation know that opposition to this pipeline is global.

That’s it for now – I’ll see you again in two weeks with more Fossil Free News from around the world.