With raging wildfires polluting the air throughout the northwest, storms and flooding ravaging the east coast, and red tide closing the gulf state beaches, it’s clear we need a price on carbon more than ever. While CCL continues to focus on national legislation, a small group of volunteers in about a dozen states have decided to work on state carbon pricing to help move the ball forward. Once several states have passed these laws, Congress will be further incentivized to take federal action rather than having a patchwork quilt of state policies. At this time, we’re asking all CCL volunteers to help pass the nation’s first state carbon tax bill by phone banking voters in Washington state. 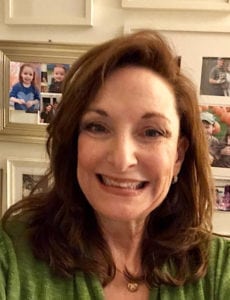 Days after Election Day 2016, I was still in shock and just about ready to throw in the towel: the most powerful country in the world had just elected a climate change denier president, and a carbon tax ballot initiative in Washington state had failed because of a split between competing factions of the climate movement. At the D.C. conference the following week, Mark Reynolds admitted that our effort, already an uphill battle, had just become the equivalent of scaling a cliff. But, he added with the classic Mark optimism that keeps us all going, “People do scale cliffs.” That was when it hit me that I wanted to set my sights on state level action. I was already involved in local clean energy activism, which was rewarding because results were more visible as compared to the baby steps we must be satisfied with working nationally. I asked Mark if he thought it would help if New York passed a carbon tax. “Yeah,” he said. “That would be cool.”

Back home, New York City CCL group leader Philip Kahn was having similar thoughts. Together, we began organizing NYC-area volunteers interested in working on this—about 100 across the state. At the June 2017 conference, we met Jessica Langerman and Michael Green of Climate XChange, a nonprofit started by CCLers in Massachusetts to a work toward a state carbon tax. They were now based in Maryland and were supporting state efforts at that time in Massachusetts, D.C., and Maryland. They were excited to take on New York as well. At the June conference, we also met Carole Nemore, a CCL Albany volunteer, who had worked in the state senate and who helped us create a comprehensive “statement of support” that mentioned a bill active at that time (Cahill/Parker Carbon Tax bill A0107/S2846), but also addressed CCL‘s general principles. This took all summer: many GLs weighed in with sections of our very long statement that their group could not support. In the end, it was whittled down to a half-page long document signed by 13 out of 18 chapters, and the rest became an essay called “The case for carbon pricing in NY.”

In September, we held our first Albany lobby day, during which a half dozen of us met with 13 state senate offices (yes, in one day!) That was followed by three better-organized lobby days with two teams, most from the Columbia County and Albany chapters, in December, February and April, covering all the Republican senate offices and several Democratic ones, using our own meeting outline, and keeping notes in a Google Drive folder.

As CCLers throughout the northeast had also been working on state action, Regional Coordinator Iona Lutey started a monthly regional state carbon tax call, with support from Tony Sirna. We set up a spreadsheet of the state senators and assembly members and began lining up constituent liaisons for each. Eventually we would be delivering constituent letters and keeping confidential meeting notes. Sound familiar? Yep—a mini version of the national model!

Hope on the opposite coast

Massachusetts, D.C., and Maryland have come close to passing carbon pricing, but our best hope right now is in Washington state, where there is another initiative on the ballot this November. CCL believes it is critical that the 2018 initiative pass in order to avoid the impression that carbon taxes are doomed to fail. They are asking all of us to do phone banking in support of this initiative. If all of CCL’s 100,000 volunteers were to make a few phone calls each, imagine how helpful that could be in turning out the vote to pass a carbon tax in Washington! The election will be close, possibly decided by fewer than 20,000 votes. CCL has a goal of making at least 30,000 calls to try and sway the election.

The Yes on 1631 campaign has made it easy for us with a phone banking toolkit, a dialer tool, and a script. You simply have to sign in to the dialer, and it will begin calling voters for you. Learn more about how it works and check out the script here.

Please pick up your phones and talk to folks in Washington, in the respectful CCL way we all know so well. This could be a game changer and our best shot at pushing forward national CFD!