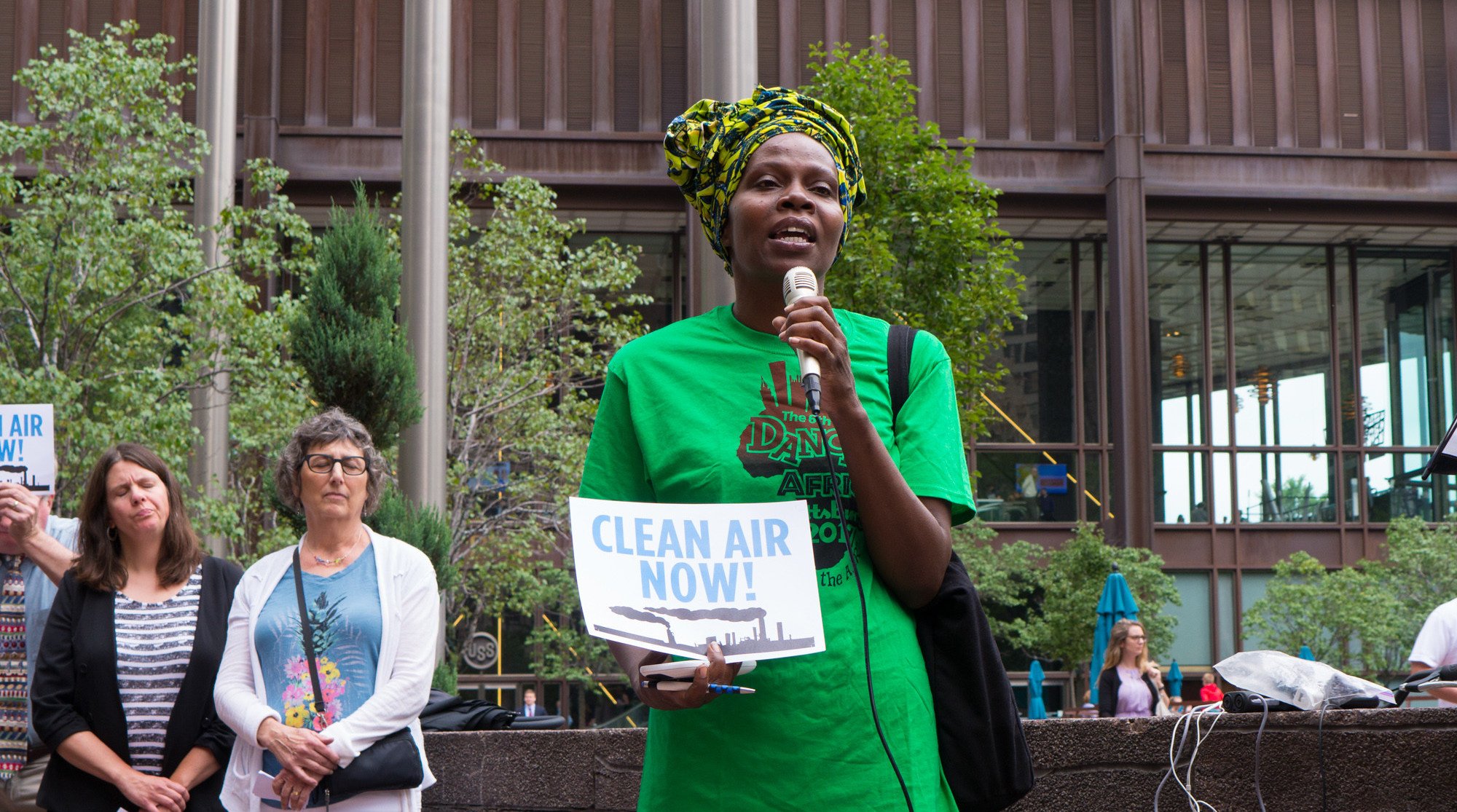 PITTSBURGH — The attorneys who brought a class action lawsuit against U.S. Steel on behalf of residents of Clairton, Pennsylvania, recently announced a proposed settlement—but some residents and community advocates don’t feel justice is being served.

The class action suit was brought by two Clairton residents who claimed Clean Air Act violations at U.S. Steel’s Clairton Coke Works Facility resulted in an inability to enjoy their property because the air smelled bad or was unsafe for them to breathe.

The Clairton Coke Works facility converts coal into “coke,” a material used for steelmaking, and is one of the largest polluters in the Pittsburgh region, which has some of the worst air quality in the nation. The plant has a long history of breaking clean air laws, and creating health risks for residents who live near the plant.

This particular lawsuit is strictly about loss of property value and nuisances from the plant’s pollution—it has nothing to do with health impacts. There are a number of other lawsuits still pending against U.S. Steel over its pollution of the Pittsburgh region.

“What can anyone fix with $300?” Cheryl Hurt, one of the lead plaintiffs in the suit, told EHN. “You couldn’t pay your back taxes with that. You couldn’t even buy porch furniture with that.”

Related: 7 things residents need to know about the proposed settlement with U.S. Steel

Hurt runs a daycare facility out of her home. She uses air monitors and keeps the kids indoors on days when the monitors indicate that the air outside is dangerous to breathe. As a lead plaintiff, Hurt will receive $5,000 in addition to her portion of the class settlement.

Dr. Deborah Gentile, a pediatrician and researcher who discovered that children at Clairton Elementary School have asthma at more than double the national rate, and who previously ran an asthma clinic for those students, expressed a similar sentiment.

“At the end of the day, it’s not a good deal for residents,” Gentile told EHN. “By the time the lawyers take their fees and the funds are split among these different communities, it’s going to be very little money. I don’t know how it would be enough for any home to be made more air pollution-proof so people can enjoy their property again.” 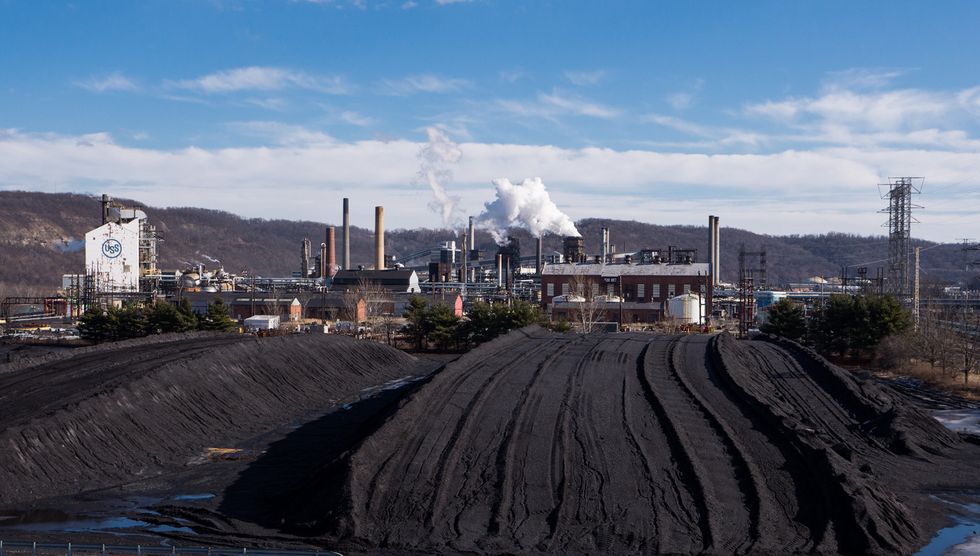 Environmental and community advocates expressed a number of concerns about the details of the proposed settlement.

For one, if eligible residents fail to opt out of the settlement or file a claim form, they’ll receive no money from the lawsuit, but will still give up their right to sue U.S. Steel for nuisance claims related to pollution that occurred before December 24, 2018. The notices informing residents of the settlement are slated to go out in the mail this week or next—right before Christmas.

“It’s disturbing to think that a bunch of people could agree not to sue U.S. Steel for these types of issues in the future just by not checking their mail,” Emily Collins, executive director and managing attorney at Fair Shake, a nonprofit environmental law firm not involved with the suit, told EHN.

“It’s a tough position to put people in to have them lose rights by virtue of failing to pay attention to what looks like junk mail that they got the week of Christmas,” she added.

Nicholas Coulson, one of the attorneys at Detroit law firm Liddle & Dubin who helped Clairton residents bring the lawsuit, acknowledged that the timing isn’t ideal.

“When we file our motion for preliminary approval, we don’t know whether it will be granted in three days or five months,” Coulson told EHN. “I recognize that they’re coming over a busy season for people, which makes it important to get the word out.”

In addition to sending out clearly marked notices, Coulson said, they’re publishing announcements in local papers and speaking with the media. 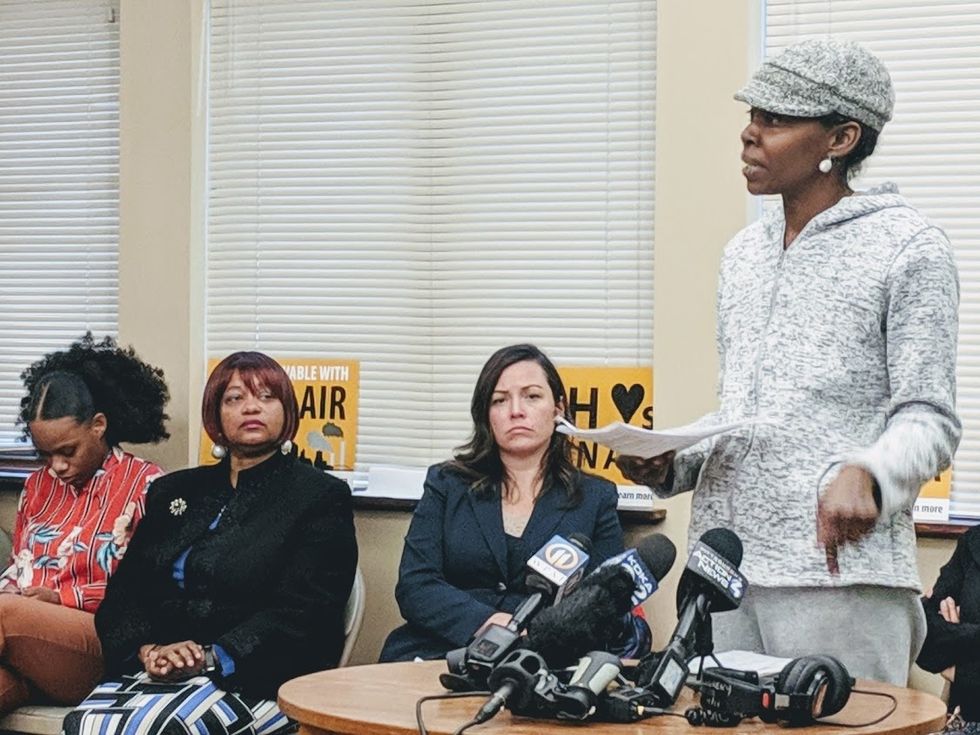 Some community advocates expressed concern about the upgrades U.S. Steel agreed to in the proposed settlement.

“It’s not clear whether the commitments U.S. Steel is making in this settlement to upgrade equipment and pollution controls overlap with the ones they’ve already made in other settlements,” Myron Arnowitt, Pennsylvania director of Clean Water Action, told EHN. Arnowitt’s environmental advocacy group was not involved in the lawsuit, but has worked with Clairton residents on air pollution issues for more than a decade.

Ted Frank, founder of the The Center for Class Action Fairness, a non-profit, public interest law firm that was not involved with the proposed U.S. Steel settlement, said it isn’t unusual for class action settlements to mandate changes a company was already planning to make.

“The $6.5 million might reflect changes that US Steel was going to make anyway,” Frank told EHN, “and letting the attorneys take credit for the illusion of relief increases the fees they can get because they can call it an $8.5 million settlement rather than a $2 million settlement.”

Some residents expressed similar concerns. “If there’s $6.5 million in work that needs to be done so they can follow clean air laws, it shouldn’t have to come out of this lawsuit,” Clairton resident Melanie Meade told EHN. “They should be doing that anyway. That money should be given to the people who lost out, not earmarked for the company to help itself.”

When asked about why the legal fees would come out of the money going to Clairton residents rather than out of the funds allocated to U.S. Steel’s own equipment upgrades in the settlement, Frank said, “The idea [in any class action settlement] is to get as much money for the attorneys at as little cost as possible for the defendant, so the fees are always going to come out of the class’s money.”

Coulson, the attorney involved with the class action suit, said that although they avoided telling U.S. Steel what particular upgrades to make in the settlement because “the company likely has a better understanding of what’s needed,” he believes the upgrades required in the settlement are new, and will actually help the plant curb its pollution.

“It’s in the defendant’s best interest to keep the upgrades they’re committing to in legal agreements separate,” he added. U.S. Steel did not respond to questions about whether the equipment upgrades proposed in the settlement are ones they were already intending to make.

Coulson also said the settlement is the best deal they could negotiate in a place with numerous sources of industrial air pollution where it’s difficult to pin the blame on just one facility, and it should be considered a win for the community. Other major industrial polluters in the region include TMS International in Braddock, the McConley and Torley Foundry in Lawrenceville, and the Cheswick Power Plant in Springdale.

“We’re really proud of the results we’ve been able to get for these folks,” he said. “This facility has been a longstanding concern in the community that has, in a lot of ways, been underserved… we believe this will go a long way to compensate these folks for what they’ve been dealing with for the last couple years.”

A fairness hearing is scheduled for 10 a.m., Feb. 24, 2020, in the City-County Building in downtown Pittsburgh. Residents can raise objections to the settlement at the hearing, but only if they have submitted them in writing before the deadline published in the notices going out this week. The fairness hearing will take place after the deadline for opting out of the settlement has already passed.

Residents of Clairton, Elizabeth, and McKeesport who would like to consult with an attorney before deciding whether or not to opt out of the settlement can contact Fair Shake legal services at ecollins@fairshake-els.org or 412-742-4615.

Residents with questions about whether they’re eligible to apply for payments as part of the settlement can contact Liddle & Dubin, the law firm representing residents in the class action suit, at info@ldclassaction.com or 313-392-0015.