The largest remaining tall-grass prairie in Texas is getting solar panels. Environmentalists can’t stop it.

The Dallas-Fort Worth metroplex 90 miles to the southwest is expanding at an extraordinary rate, and there is increasing demand for reliable, clean energy — especially in light of a failure of the electricity grid in the state last year. But a planned solar facility on a 3,594-acre tract of land outside Paris, Tex., has environmental groups searching for a way to save a property they consider a living museum. They’re coming up short.

WHAT THE LATEST SOBERING UN CLIMATE REPORT MEANS FOR TEXAS

The United Nations Intergovernmental Panel on Climate Change (IPCC) recently released the second part of its sixth assessment report, a sprawling 3,500-page analysis of the climate crisis and its impact on humanity.

Around this time last year, millions of Texans were shivering without power during one of the coldest spells to hit the central United States. For five days, blackouts prevented people from heating their homes, cooking or even sleeping. More than 200 people died in what is considered the nation’s costliest winter storm on record, amounting to $24 billion in damage.

Hydrogen City, Texas will be an integrated green hydrogen production, storage, and transport hub growing to 60GW in size and producing over 2.5 billion kilograms of green hydrogen per year. The project is centered around a hydrogen storage facility in the Piedras Pintas Salt Dome located in Duval County. Pipelines will deliver the green hydrogen to Corpus Christi and Brownsville where it will be turned into green ammonia, sustainable aviation fuel and other products, or delivered by pipeline directly to hydrogen power plants and other users around the state.

Texas led the country in building new renewable energy projects last year, according to a report released this week by the American Clean Power Association, continuing a promising trend in a state that’s largely dependent on planet-warming fossil fuels.

A year ago, a winter storm delivered a devastating lesson on extreme weather and Texas’ vulnerability to it. Days of deadly sub-freezing temperatures, impassable roads, and statewide disruptions in electric, natural gas and water services inflicted a shared trauma on Texans and the state’s economy.

Sediment cores taken from the Southern Ocean dating back 23 million years are providing insight into how ancient methane escaping from the seafloor could have led to regional or global climate and environmental changes, according to a study from two Texas A&M University researchers.

Texas Attorney General Ken Paxton secured yet another victory against the Biden Administration, this time halting implementation of a climate change agenda handed down by executive order. Attorney General Paxton joined several other states in a Louisiana-led suit challenging Biden’s directives to bureaucrats to include the “social cost” of carbon emissions when regulating pollution. If left in place, the regulation would increase energy costs and hurt key states that rely on energy production. What’s more, the method by which these harmful regulations were imposed violated federal law. The federal judge agreed with Paxton and his fellow attorneys general and issued a nationwide injunction on Biden’s order.

A year after the electric grid failed, Texas focuses on reliability, not climate change

Peter Lake, chair of the Public Utility Commission of Texas, said he lost power for several days during last February’s winter storm. When he got power back, he lost water for a week. 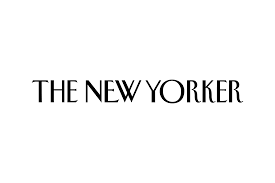 On Wednesday, I woke up, in Marfa, to steely skies and tension in the back of my skull, a sign that the pressure was dropping and a cold front was moving in. Not that I needed to be reminded: the winter storm was all that anyone could talk about at the bank, at the post office, at the unusually busy liquor store. It would be the most significant statewide cold snap since Winter Storm Uri, last February, which overwhelmed the electrical grid and left millions of Texans without power for days. “I can guarantee the lights will stay on,” Governor Greg Abbott had told an Austin television station in November; now he was backpedalling, saying that “no one can guarantee” that rolling blackouts wouldn’t be necessary. On Twitter, where “PTSD” was trending in Texas, people tweeted images of long lines and empty shelves at HEB grocery stores. This time, thankfully, the grid held up—not, however, because of any substantive change taken by state lawmakers.