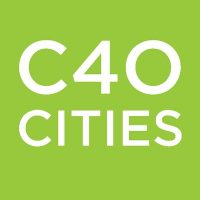 Cities are where the future happens first. The C40 Cities Climate Leadership Group connects more than 90 of the world’s greatest cities, representing over 650 million people and one quarter of the global economy. Created and led by cities, C40 is focused on tackling climate change and driving urban action that reduces greenhouse gas emissions and climate risks, while increasing the health, wellbeing and economic opportunities of urban citizens.

The Bold Alliance is a network of “small and mighty” groups in rural states — Nebraska, Iowa, Louisiana and Oklahoma. We fight fossil fuel projects, protect landowners against eminent domain abuse, and work for clean energy solutions while building an engaged base of citizens who care about the land, water and climate change.

We’re a local nonprofit powering the transition to 100% clean energy in Hawaii and leading the way for global change. We find creative ways to remove the obstacles that stand between us and a future free from fossil fuels.

The BlueGreen Alliance unites America’s largest labor unions and its most influential environmental organizations to solve today’s environmental challenges in ways that create and maintain quality jobs and build a stronger, fairer economy. We are guided by the principle that we can no longer choose between good jobs and a clean environment—that the actions we take to create quality jobs and to protect working people and the environment must go hand-in-hand, and that together, we will build clean, thriving and fair economy.

B the Change exists to inform and inspire people who have a passion for using business as a force for good in the world. Because we believe that storytelling is an essential element in the transformation of business and society, we commit ourselves to telling the most compelling stories possible to the largest audiences possible to propel the movement of business toward its destiny as a powerful force for good. We want to dramatically broaden and deepen engagement with entrepreneurs, managers, employees, investors and citizens in one of the most important discussions of our time. B the Change is a collaboration of B Lab, the community of Certified B Corps, and the movement of people using business as a force for good.

Avaaz the World in Action

Avaaz—meaning “voice” in several European, Middle Eastern and Asian languages—has a simple democratic mission: organize citizens of all nations to close the gap between the world we have and the world most people everywhere want. Today, thanks to new technology and a rising ethic of global interdependence, that constraint no longer applies. Where other global civil society groups are composed of issue-specific networks of national chapters, each with its own staff, budget, and decision-making structure, Avaaz has a single, global team with a mandate to work on any issue of public concern–allowing campaigns of extraordinary nimbleness, flexibility, focus, and scale. Now over 40 million members worldwide.

Arizona Land and Water Trust has been a trusted partner to ranchers and farmers of Southern Arizona for more than 30 years. The Trust achieves its mission to protect land and water by working with private landowners who are interested in voluntarily conserving their lands. The Trust also works with public entities to develop local and community conservation plans and goals, and often serves as a bridge between public entities and private landowners.

Arcadia Power was created to give everyone a simple, free way to choose renewable energy. Arcadia Power CEO Kiran Bhatraju, a native of Kentucky coal country, felt a user-friendly, digital approach to home energy could accelerate the adoption of wind and solar power, and empower people everywhere to make a difference. We believe this is a crucial step in realizing a future in which the power grid is open, clean, transparent and distributed for all. Now members in all 50 states are supporting wind farms, accessing solar power, saving money and reducing their impact one digital utility account at a time.

The American Wind Energy Association (AWEA) is the premier national trade association that represents the interests of America’s wind energy industry – Together, with hundreds of our member organizations, we work to help drive wind energy demand and to make it as cost-competitive as possible.

Alliance to Save Energy

The Alliance to Save Energy promotes energy efficiency worldwide to achieve a healthier economy, a cleaner environment and energy security.