By Jack Shapiro and Emmie Theberge

Maine’s Congressional delegation has before them the chance to build and pass the most important piece of climate legislation ever seen in the United States. This opportunity comes at a time when the latest report from the world’s leading climate scientists signaled a “Code Red for Humanity” – time is running out and immediate, bold action is essential.

The Biden administration has signaled its commitment to tackling the financial risks posed by climate change through executive orders and key appointments. But advocates say the president is missing an easy opportunity for big climate progress: divesting the Thrift Savings Plan (TSP), the federal employee pension fund.

Maine Will Make Companies Pay for Recycling. Here’s How It Works.

Recycling, that feel-good moment when people put their paper and plastic in special bins, was a headache for municipal governments even in good times. And, only a small amount was actually getting recycled.

Maine Will Make Companies Pay for Recycling. Here’s How It Works.

The law aims to take the cost burden of recycling away from taxpayers. One environmental advocate said the change could be “transformative.”

“When you first meet Jill, you don’t see all of her,” says Lynne Pelto, the stepmother of climate change artist Jill Pelto. “You really need to spend some time with her to get to know her. She’s very deep and there’s so much to her that’s valuable. It takes time to get to know someone like that.”

In what environmental advocates called an important step forward for climate justice, Maine became the first state to commit through legislation to divest from fossil fuel companies after Gov. Janet Mills signed a bill this week. The legislation, LD 99, sponsored by Rep. Maggie O’Neil (D-Saco), “directs the $17 billion Maine Public Employee Retirement System to divest $1.3 billion from fossil fuels within five years” and directs the state treasurer to “do the same with other state funds,” according to a news release by 350 Maine. The bill was amended to grant the retirement system some flexibility in pursuing a gradual divestment from fossil fuels.

The Maine senate approved a bill Wednesday that would replace Central Maine Power and Versant. It would ultimately allow Mainers to decide if they want to create the new nonprofit utility, the Pine Tree Power Company. But in a memo to lawmakers from the Governor’s chief of the staff, the Governor expressed concerns about the plan and whether she would support it or veto it. 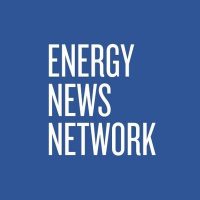 Maine utility regulators will be able to consider the state’s long-term climate goals in their decision-making under a proposal headed to the governor’s desk. The legislation represents a major expansion in the Maine Public Utilities Commission’s mission, which until now has focused primarily on ensuring energy reliability and affordability.

The Maine House of Representatives gave initial approval Wednesday to a measure sponsored by Representative Scott Cuddy, D-Winterport, that would ensure that future renewable energy projects in Maine capitalize on the opportunity to provide high quality jobs in Maine.