Former Vice President Al Gore admits he still hasn’t completely gotten the message of his film, “An Inconvenient Truth,” across, but he is hopeful for the future, mostly because of the energy in the streets by young people protesting climate inaction by world leaders. Ben Tracy spoke to Gore. 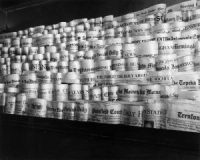 Just a little too slow

The runaway success of Don’t Look Up—after 11 days it’s already the third-most viewed film in Netflix history—should have several salutary results, including perhaps a new willingness in Hollywood to make comedies that don’t turn on endless jokes about bodily functions. It’s a broadly intelligent film designed to get one thinking, and it has succeeded.

No wonder journalists have slated it. They’ve produced a hundred excuses not to watch the climate breakdown satire Don’t Look Up: it’s “blunt”, it’s “shrill”, it’s “smug”. But they will not name the real problem: it’s about them. The movie is, in my view, a powerful demolition of the grotesque failures of public life. And the sector whose failures are most brutally exposed is the media. 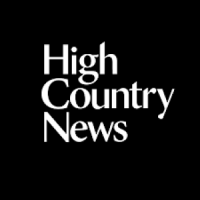 How do you make a movie about a hyperobject?

You are, at this point, aware of the crisis. Scientists have warned us of its imminence, but we’ve doubted their data or dismissed them as alarmists. Politicians, preoccupied with transient election cycles, have neglected it, or have weaponized it in cultural wars.

Here’s how filmmakers have tried to make sense of climate change.

By Sonia Rao Photo: Matt Chase for The Washington Post

Over the past 20 years, directors have increasingly put out movies that help viewers process a crisis of existential proportions

While soil is commonly viewed as mere dirt, the reality couldn’t be farther from the truth. In addition to nourishing plant life, providing a home for countless organisms, and filtering water, soil sequesters carbon dioxide and mitigates climate change. Two recent documentaries, “Living Soil” and “Kiss the Ground,” have brought widespread attention to soil’s critical role in the environment. We’ll highlight key takeaways everyone should know. 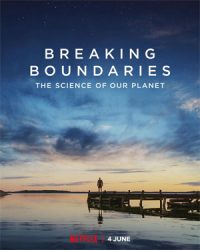 David Attenborough’s  ‘Breaking Boundaries: The Science Of Our Planet’

“The science is clear, and has been communicated for the past 30 years, and still we’re not moving in the right direction.” That is the stark message put forward in the first trailer for Breaking Boundaries: The Science of Our Planet, the latest project fronted by David Attenborough for Netflix.

The four fish I would still eat – even after watching Seaspiracy

Seaspiracy, the buzzy, frenetic, slick, sloppy, confused and gripping documentary that premiered on Netflix in March, is often wrong but mostly right. Led by Ali Tabrizi, and produced by the maker of Cowspiracy, Kip Andersen, the film takes you on a bumpy ride with pit stops at every imaginable ocean horror: from the slaughtered dolphins of Taiji in Japan to the sea slaves of the South China Sea, north to the fetid corpses of disease-stricken Scottish farmed salmon and out into the plastic-strewn blue of the great Pacific garbage patch. It then dumps you at the side of the road, kicks you in the ribs and shouts: “And, remember – stop eating fish!”

Resilience in action: Highlights from a virtual eco film festival

Amidst a historic pandemic and social unrest, watching the accelerating impacts of climate change on the silver screen could create a sense of helplessness – or deepen the resolve to act. Emphasizing the latter, “Resilient by Nature” was the official theme of the recent Wild & Scenic Film Festival, an entirely virtual affair this year as a result of the COVID-19 pandemic.

Disney To Make Climate Change Film On Svalbard This Spring

Svalbard’s battle with the impacts of climate change will soon be thrust into the international spotlight as the focus of a new film from Disneynature.