There are staggering quantities of great books available, very few of which are fiction although that is changing with the publication of the bestseller Neal Stephenson’s Termination Shock (November 2021), the stunning Kim Stanley Robinson science fiction entry, The Ministry for the Future (October 2020) and A Children’s Bible, chosen by The New York Times as one of the top ten best books of 2020.

This is a curated list of the best books for adults, from Rachel Carson’s Silent Spring (1962) which set the stage for understanding the impact humans were having on the planet, Al Gore’s An Inconvenient Truth (2006) which made it abundantly clear, to Elizabeth Kolbert’s The Sixth Extinction: An Unnatural History (2014), Paul Hawken’s Drawdown (2017), and Richard Powers’ The Overstory (2019), a Pulitzer Prize-winning work of fiction and ode to trees — all bestsellers from the time they were published.

We have starred some titles with which we have personal history and others which have come highly recommended. Some are general like Joe Romm’s Climate Change: What Everyone Needs to Know, and some highly specific like The Soil Will Save Us by Kristin Ohlson, Naomi Klein’s highly political This Changes Everything, and John Englander’s Moving to Higher Ground. When Sir David Attenborough published, at the age of 93, his A Life on Our Planet, he called it his witness statement and his vision for the future. What a giant of a man.

In May, 2020, we read the first of Michael Svoboda’s recommended list of recent books on climate activism for Yale Climate Connections.  In January, 2021 he added a new list. The first three titles, Michael Mann’s The New Climate War, Bill Gates’ How To Avoid a Climate Disaster, and Elizabeth Kolbert’s Under a White Sky immediately got gold stars from us. Svoboda’s September, 2021, roundup selected, among others, Katharine Hayhoe’s Saving Us: A Climate Scientist’s Case for Hope and Healing in a Divided World.  A climate researcher, scientist, evangelical Christian and brilliant climate communicator, this is a must read. In December, 2021, within his list for the holidays, there were three more we had already fallen for: Paul Hawken’s Regeneration (who previously wrote the groundbreaking Drawdown), Saul Griffith’s Electrify (focusing on solving the climate crisis AND saving money by electrifying everything --and powering that electricity with clean energy), and Anthony Doerr’s Cloud Cuckoo Land (a gorgeous novel whose previous book, All The Light We Cannot See, was also a triumph) and seven more to explore.

Michael Svoboda is back again with another list of great climate change books. His focus, this time, is on extreme weather and he has twelve recommendations from renowned University of Oxford researcher Friederike Otto’s Angry Weather to the newest title (on extreme weather) in a wonderful series for Grade 3 level readers ranging from air quality to rising sea levels.

You might also find it interesting to read all of Skeptical Science’s reviews of Michael Mann’s The New Climate War. It has become a classic overnight.

In October, 2022 The Scheme: How the Right-wing Used Dark Money to Capture the Supreme Court by Senator Sheldon Whitehouse with Jennifer Mueller will be published. Full of inside stories, The Scheme pulls back the curtain on the hidden apparatus that has spent years trying to corrupt our politics, control our courts, and degrade our democracy.

We have also become increasingly impressed by the Writer’s Voice with Francesca Rheannon, (available on radio and as a podcast) where she interviews any number of authors who are concerned with climate change, including Saul Griffith, Elizabeth Kolbert, Michael Mann, and John Englander whose Moving to Higher Ground really is the last word on the implications of sea level rise.

If you click on any title below, you will be taken to Amazon. If you buy, this website will receive a small contribution, for which we will be grateful.

23 Must-Read Science Books About the Environment, Chosen by Earthwatch Scientists

While we know you wish you could, you can’t spend every week on an Earthwatch expedition. In the time between your trips, you can still take actions in and around your home to support nature…

12 titles on extreme weather – and how to handle it

By Michael Svoboda
With parts of Asia, Europe, and the United States still suffering or recovering from withering heat waves, and with the peak of hurricane season approaching, titles about extreme weather and how to handle it seem…

By The Ezra Klein Show Photo: Sean Curtin
Kim Stanley Robinson is one of the great living science fiction writers and one of the most astute observers of how planets look, feel and work. His Mars Trilogy imagined what it might be like…

By Lucy Knight Photo: Kim Jacobsen Penguin
“I have decided to use my platform to create a book based on the current best available science – a book that covers the climate, ecological and sustainability crises holistically”, Thunberg said in a statement.…

12 books on climate and the planet for the holidays

By Michael Svoboda
An historic bipartisan infrastructure bill on the books. In Washington, the more aggressive climate and social justice bill, “the budget reconciliation bill,” still in the balance. 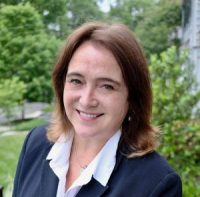 The Association of American Publishers today announced that it is expanding its public policy portfolio to include industry-wide work in the areas of climate and sustainability, and diversity, equity and inclusion, following a recent vote… 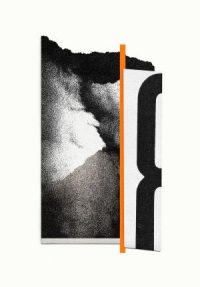 By Adam Rogers Photo: Ricardo Tomas
HIS BUSHY BEARD is saltier now than in his old author photos, but Neal Stephenson still pairs it with a characteristic, neatly shaved (and, not to get too phrenological about it, large) pate. So he's…

The Possibilities and Limits of Individual Climate Action

By Dharna Noor Photo: Dan Kitwood
Here at Earther, I spend a lot of my time writing about the entities that are the most responsible for the climate crisis, like energy giants and other polluting companies. I know that these companies…

The Possibilities and Limits of Individual Climate Action

By Dharna Noor Photo: Dan Kitwood , Getty Images
Here at Earther, I spend a lot of my time writing about the entities that are the most responsible for the climate crisis, like energy giants and other polluting companies. I know that these companies…

By Alex Johnson Photo: Peter Harrington
A major new collection focusing on the literary and scientific history of climate change dating back to the fifteenth century will go on display at Frieze Masters Art Fair this month in the run-up to… 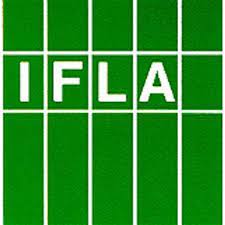 IFLA is happy to be a co-signatory of a statement released today by organisations representing the different actors within the book sector, including publishers, booksellers, and of course libraries. 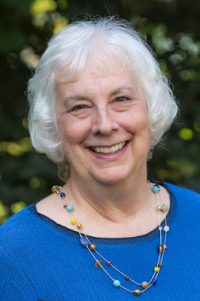 Grid Fragility and a Book by Meredith Angwin

By Ed Newman
Last fall, Meredith Angwin published a book about how the grid is managed, Shorting the Grid: The Hidden Fragility of Our Electric Grid. The first portion of the book included a gripping narrative, watching the…
Icons

Books covering multiple subjects will have no icon.