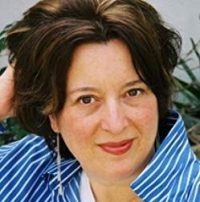 The stage is bare, except for a gunmetal desk, a swivel chair (that will prove squeaky) and, in the background, a floor-to-ceiling image of the earth as seen from space. The audience (including myself) skews toward the geriatric side as we all probably share fond memories of Mike Farrell as B.J. Hunnicutt from the beloved TV series M*A*S*H. I wonder if we also share the same question: Is it possible to generate 90 minutes of entertainment from the life of an obscure scientist who spent his entire career measuring CO2 levels in the earth’s atmosphere?

We’re about to find out as the lights dim and a decidedly older Mike Farrell (who now resembles B.J.’s grandpa) walks onto the stage and sits at his desk. “My name is Charles David Keeling,” says the actor, “and I passed away 13 years ago.”

He might be dead, but Farrell soon brings Keeling roaring back to life. We learn that Keeling’s interest in the atmosphere was sparked by a trip to the Colorado Rockies when he was four-years-old and fell madly in love with mountains. This passion would determine the course of his life. After graduating from Northwest University in 1953 with a Ph.D. in chemistry and turning down a job in the emerging field of Polymer Chemistry (i.e. plastics) Keeling went to work at Scripps Institution of Oceanography in San Diego, California. There, he had a choice between grinding rocks in the basement to measure oil content or spending his days outdoors taking air samples. He chose the latter and, after inventing the methodology to measure levels of CO2, it became his life’s work.

Keeling would eventually travel the world, measuring, observing and participating in conferences and scientific studies. Recognizing the alarming rise in CO2, it became his mission to alert the world to the ever-increasing danger to the health of the planet.  Long before the words “climate change” or “global warming” were part of the vernacular, Keeling realized that the rise of CO2 created a greenhouse effect, which would lead to the problem of Too Much Water versus Too Little Water with lots of bad weather in-between. And it is not going away. “CO2 stays in the atmosphere for 500 years,” he tells us, “1000 years in the ocean.” When Keeling started his work, the level of CO2 in the atmosphere was 311 ppm (parts per million); it was 382 the day he died in 2005; today it is over 411. This rise is what is called The Keeling Curve and it is information we would not have without the work of this prescient scientist.

Yes, there are times when the play feels a bit like a college lecture but those moments are relatively few and far between. By mixing bits of history with the personal life story of Keeling, the play gives us a view of the planet through the lens of one man’s mission to change the course of our apparent rendezvous with disaster. The irrefutable science of Keeling’s work is terrifying and the politics of global warming are infuriating, as whenever Donald Trump’s image is flashed on the backdrop, the Koch brothers are mentioned or Keeling asserts that “No American president has ever told the public the truth about climate change.”

Dr. Keeling’s Curveis a beautifully written play, full of warmth and humor but also alarming in the scope of information it presents and the warning it imparts. Mike Farrell does an awesome job in bringing this man to life and honoring his legacy. In two previous one-man shows, Farrell played JFK and Clarence Darrow, both extraordinary men of historical importance. Dr. Charles Keeling was not nearly as well known but his work might be far more important to the salvation of our planet.

The play ends with a grain of hope in how we might alter the course of our current trajectory—create a CO2 tax, fund the removal of the gas from the atmosphere and research into Biochar (a method of storing CO2in the ground), eliminate fossil fuels, accelerate solar and wind technology, eat less meat and so on. Yet it feels like the solutions comprise a very small grain of hope in a very quickly melting and ever-rising sea. Ultimately, the message of the play is clear: Sound the alarm.