Where Will Our Food Come From?

June 26, 2019
11:00AM – 12:15PM PDT
Live Webcast
Climate change is the defining issue of our time and now is the defining moment to do something about it. There is still time to tackle climate change, but it will require an unprecedented effort from all sectors of society. To boost ambition and accelerate actions to implement the Paris Agreement on Climate Change, UN Secretary-General António Guterres will host the 2019 Climate Action Summit on 23 September to meet the climate challenge. The Summit will showcase a leap in collective national political ambition and it will demonstrate massive movements in the real economy in support of the agenda. Together, these developments will send strong market and political signals and inject momentum in the “race to the top” among countries, companies, cities and civil society that is needed to achieve the objectives of the Paris Agreement and the Sustainable Development Goals.

The Future of Climate Tech

District Hall
75 Northern Avenue
Boston, MA 02210
Climate change is transforming our economy. The way we grow our food, power our cities, generate and store our energy, and utilize our transportation infrastructure will need to adapt to succeed in our changing climate. While it will be a challenge, it also presents a massive opportunity for innovation, job creation, and economic growth. Join the Climate Action Business Association for our Sixth Annual All Member Reception, where we will explore the creative technologies that are spurring emissions reductions, and spearheading the transition to a clean and sustainable economy. Our featured speaker is Katherine MacDonald, Director of Strategic Partnerships at Greentown Labs.

Executive produced by Leonardo DiCaprio, George DiCaprio and Earl Katz, this documentary explores the many ways people around the world are feeling the effects of climate change, while examining the urgent need to reduce carbon emissions. Through interviews with visionaries and scientists, the film captures the existential environmental crisis while offering hope that climate change can be mitigated, and global warming reversed.

The Fate of Food

June 18, 2019
6:30pm
110 The Embarcadero
San Francisco, CA 94105
Join Civil Eats editor Twilight Greenaway and Fate of Food author Amanda Little for a conversation on how innovation and agriculture, technology and traditional knowledge are coming together to sustain a planet of eight billion.

June 13, 2019
6 – 8pm
New York
Jerome Greene Hall
Columbia Law School, room 103
New York state’s version of the “Green New Deal,” unveiled in January 2019, sets a target obtaining 70% of the state’s electricity from renewable sources by 2030 and 100% from “carbon free” sources by 2040. Several other U.S. states, as well as various countries around the world, have set similarly ambitious goals for decarbonizing electricity generation. But that is just the first step in a broader transformation of the energy economy, which will include increasing efficiency and electrifying transport, buildings, and industry. 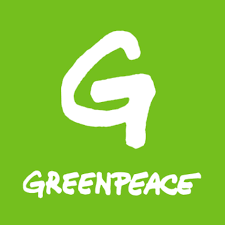 We need to make sure that every presidential candidate says YES to a Green New Deal and NO to Fossil Fuels. Join this mass call to learn how people across the country are making that happen and how you can join them.

June 9th – 11th, 2019
Washington, D.C.
10 years ago CCL held its first conference. Since then, we’ve met annually – ordinary people from around the country – to learn, to connect, and to ask Congress to introduce bipartisan climate legislation. This year is the first year we’ll meet and ask Congress to support an active climate bill – the Energy Innovation and Carbon Dividend Act. We’d love to have you join us! Find registration rates and information here.

The United Nations celebrates World Oceans Day every year on 8 June. Many countries have celebrated this special day since 1992, following the United Nations Conference on Environment and Development, held in Rio de Janeiro. Our theme this year is Gender and Ocean. Search here for events around the world.

Teleconference
A new study shows that groundwater near 91% of U.S. coal-fired power plants where industry has reported monitoring data contains unsafe levels of toxic pollutants, including arsenic, lead, and mercury. The Trump administration is doing all it can to undermine protections against this dangerous menace, but Earthjustice is partnering with groups across the country to force coal ash polluters to clean up their toxic mess.
To find out more about our progress in this crucial work, please join us for a teleconference with Earthjustice staff attorneys Jennifer Cassel and Lisa Evans, and Andrew Rehn from Prairie Rivers Network, our client and partner in litigation over coal ash pollution of Illinois’ Vermilion River.

The Soul of Soil: Reversing Climate Change Through Regenerative Agriculture

June 5, 2019
7pm-8:30pm
Deepak HomeBase
(on the mezzanine at ABC Carpet & Home)
888 Broadway
New York, NY 10003
We need to change the way we farm. The agricultural sector was responsible 9% of U.S. greenhouse gas emissions in 2016, and the degredation of soils by industrial farming practices is one reason that productivity of 20% of the earth’s vegetated surface is declining. Regenerative agriculture converts farms from carbon sources to carbon sinks, reducing greenhouse gas concentrations by drawing down carbon back into the earth where it enriches soils and entire eco-systems.*
This event will begin with a 25-minute presentation by Tom Newmark about how soil sequesters carbon and why regenerative farming is one of the most important solutions to reverse the climate crisis. We will then move onto a panel discussion with plenty of time for audience Q & A.