“Realize that everything
connects to everything else.” -Leonardo da Vinci

“Action is the antidote to fear.” -Edward Abbey

“Heaven is under our feet
as well as over our heads.” -Henry David Thoreau

It touches all of us in many ways, from the air we breathe to the extreme weather we are increasingly experiencing. If unchecked, it will ultimately end human civilization.

We have no choice but to address it. Each of us can take actions to do so, in small and big ways. It helps to start by learning about it. Thinking about it. Exploring what seems most provocative.

So that we can decide what actions we will personally take to make a difference. There are so many choices: electrifying our cars and/or our homes; reducing our consumption of everything, particularly meat and plastics; planting trees; divesting from fossil fuels; composting our food scraps, becoming politically involved. Spending some time on this site is a beginning.

Use the sitemap (also available in the top blue banner above) to view at a glance the many pages on the site. Or click on one of those pages here.

PEOPLE ARE TALKING ABOUT...

…The Inflation Reduction Act of 2022

Al Gore on the Inflation Reduction Act: ‘It took so long’

US Department of Energy

Read more related stories on our People Are Talking About (PATA) page.

THE INFLATION REDUCTION ACT OF 2022

On Sunday, August 7, 2022 the Senate – (significantly watered down from the original Build Back Better bill in order to capture the votes of two recalcitrant democrats, Joe Manchin and Krysten Lee Sinema) passed the biggest climate bill the US has ever seen. On Friday, August 12, the House followed and sent the bill for signature to President Joe Biden. On Monday, August 16, 2022 the President signed it, handing the pen to Senator Manchin after completion. Not one Republican voted for it.

“This bill is the biggest step forward on climate ever,” Mr. Biden said, after drawing a standing ovation from a White House crowd filled largely with aides and allies.

The bill, which Democrats named the Inflation Reduction Act, invests $370 billion in spending and tax credits in low-emission forms of energy to fight climate change. It extends federal health-insurance subsidies, allows the government to negotiate prescription drug prices for seniors on Medicare and is expected to reduce the federal budget deficit by about $300 billion over 10 years.

Our site is a family of sites, with more than 250 mini sites containing endless resources on everything climate change touches – droughts to flooding, health to faith, individual states to kelp farming, sustainable eating to sustainable shopping.

News feeds and curated news; newsletters and blogs; lists of significant mainstream news media and climate change media; and People are Talking About..

By Shannon Osaka Photo: Demetrius Freeman/The Washington Post
The Inflation Reduction Act — the health care and climate bill that was signed into law by President Biden on Tuesday — marks the largest climate action ever taken by the federal government. With roughly…

By Akshat Rathi Photo: 731/Getty Images
The billionaire philanthropist was among those lobbying Joe Manchin, starting before Biden took the White House. A look at the influencers who secured a rare climate win.

By Umair Irfan Photo: Ethan Miller/Getty Imagesnone
More water cuts are coming as the nation’s largest reservoirs continue to dry up in the worst drought in 1,200 years.

Al Gore on the Inflation Reduction Act: ‘It took so long’

By Maxine Joselow Photo: Alastair Grant/AP
In 1981, as a young lawmaker, former vice president Al Gore held what some experts think was the first congressional hearing on climate change.

An “Extreme Heat Belt” will soon emerge in the U.S., study warns

By Andrew Freedman Photo: Axios Visuals
A new study reveals the emergence of an "extreme heat belt" from Texas to Illinois, where the heat index could reach 125°F at least one day a year by 2053.

By Robert Rapier Photo: AFP/Getty Images
Last week Congress passed the Inflation Reduction Act, which now heads to President Biden's desk to be signed into law. The bill has been championed as a "climate change bill", but it also allocates hundreds…

How did fighting climate change become a partisan issue?

By Elizabeth Kolbert Photo: João Fazenda
Twenty years ago, Senator John McCain tried to spearhead an effort. What has happened to Republicans since then?

By Francesca Paris, Alicia Parlapiano and Others
Democrats in Congress have had to scale back their legislative ambitions since last year, but the Inflation Reduction Act, passed by the House on Friday and sent to President Joseph R. Biden Jr. for his…

A ‘megaflood’ in California could drop 100 inches of rain, scientists warn

By Matthew Cappucci Photo: Noah Berger/AP
A mention of California might usually conjure images of wildfires and droughts, but scientists say that the Golden State is also the site of extreme, once-a-century “megafloods” — and that climate change could amplify just…

By Tony Romm Photo: Sarah Silbiger/The Washington Post
The successful vote Friday marked the end of a debate that spanned more than a year and a half, at times pitting Democrats against each other over the final major component of the president’s agenda.

By Louis Sahagun Photo: National Park Service
Even today, as California struggles with severe drought, global warming has doubled the likelihood that weather conditions will unleash a deluge as devastating as the Great Flood of 1862, according to a UCLA study released…

By Raymond Zhong Photo: Erin Schaff
California, where earthquakes, droughts and wildfires have shaped life for generations, also faces the growing threat of another kind of calamity, one whose fury would be felt across the entire state.

When installing solar, make the land hospitable for bees. Pollinator friendly solar sites are a growing trend that help provide the nutrition and habitat that bees and butterflies need.

Voters concerned about climate change need to be heard on election day.

Commit to ten regenerative gardening principles that serve both the environment and the soil.

REBA helps companies understand the benefits of moving to renewables.

The worst impacts can still be avoided if we compel local and national leaders step up and lead the fight against climate change. Call on your officials to join us today.

Quitting junk mail is one way to curtail the flow of trash in and out of your home.

In Colorado, the wind power generation saved 4 billion gallons of water that coal and gas plants would have used and avoided 8 million metric tons of carbon dioxide.

In addition to lowering your carbon footprint, electric vehicles are more affordable to run, have lower maintenance costs, and tax incentives can reduce the purchase price.

Get the same bill, same service, and maintain the same reliability but the source will be clean energy.

Where does the 300 gallons of water/day average American family uses, comes from? Learn more from this state wise list including how it is being protected.

More than 1,200 global companies are adopting carbon pricing. Microsoft instituted their fee on carbon in 2012 and has since reduced emissions by more than 9.6 million metric tons.

What is the truth about climate change? What are the consequences? How can we mitigate it? And, ultimately, how do we adapt to what we can no longer change?

Bill Nye the Science Guy is as insightful as ever, giving a very succinct overview of the causes and consequences of climate change. As relevant today as it was in 2015 when he made it.

This video explores the very tangible consequences that climate change is already having on many aspects of our lives and our environment.

What is climate change mitigation?

One of a series on climate literacy, this video explains how we can address the fundamental causes of climate change before they can cause irreparable damage to our environment.

Extreme weather events such as droughts, wildfires and hurricanes are all occurring more frequently and at a higher intensity due to climate change. This video explores extreme weather and how we can adapt to become more resilient to these increasingly catastrophic events.

THINGS KIDS CAN DO TODAY TO MAKE A DIFFERENCE

Kids can take small actions at home and at school to help protect our planet. They might even teach their parents a thing or two..! 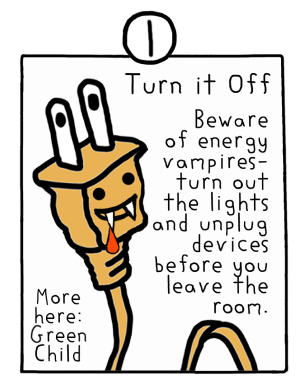 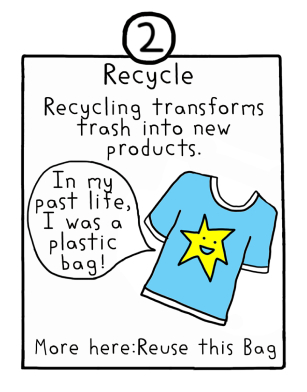 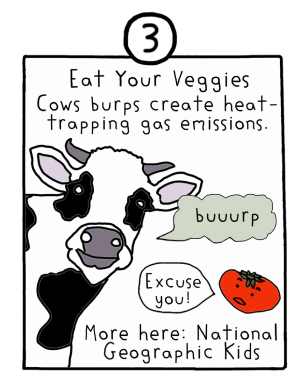 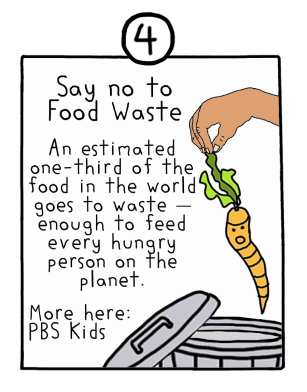 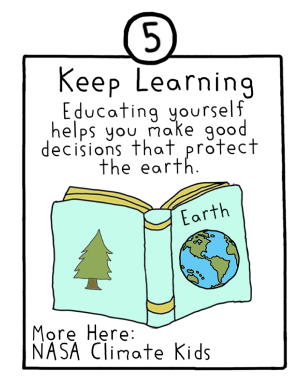 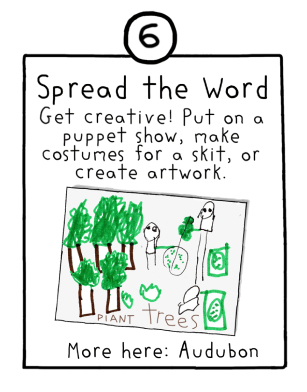